Paul Epworth - who co-wrote 'Rolling in the Deep' and 'Skyfall' with Adele - hasn't been asked to work on her new album. 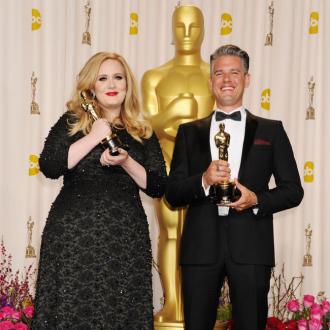 The 46-year-old record producer co-wrote the 'Hello' hitmaker's 2010 breakthrough hit, 'Rolling in the Deep', from her debut album, '21', which propelled Adele to superstardom.

The pair also penned the Grammy-winner's Bond song, 'Skyfall' - which they won the Oscar for Best Original Song for in 2013 - together.

And after the success of 'Rolling in the Deep', Epworth has admitted he put pressure on himself to try and recreate the magic of the hit.

In an interview with The Sunday Times newspaper, Epworth said: ''Every time there's a little bit more pressure. ''It comes from the fact the first f****** thing we did was 'Rolling in the Deep.'

''There's more expectation from her and from me. And maybe I put pressure on myself to try and recreate it? It's very difficult. We'd pick up the guitar and go, 'Can't do it.' It feels like we're trying to retread old ground.''

He continued: ''With every creative relationship there has to be an intrinsic sense of trust, and also a desire to explore, but it's hard to explore if time is limited.

''You're searching for the diamond when everything's still carbon.''

In August, Adele confessed to a fan that she is none the wiser as to when the new record will be released.

The 32-year-old star took to Instagram to share a photo of a book she was reading, which was captioned: ''If you're ready - this book will shake your brain and make your soul scream.

''I am so ready for myself after reading this book! It's as if I just flew into my body for the very first time. Whew!''

And a fan commented on the snap: ''Adele where's the album?''

To which, she replied: ''I honestly have no idea.''

It was previously reported that the 'Chasing Pavements' singer had ''been pouring her heart and soul'' into the new record and has been working with Raphael Saadiq and John Legend.

A source said: ''Adele is ­pouring her heart and soul into this record, ­including how she feels post-divorce.

''She's been a fan of Raphael since she was a teenager and loves his back ­catalogue. She wants her next album to be full of soul, with a more eclectic sound.''