The Emotions band member Pamela Hutchinson has passed away aged 61. 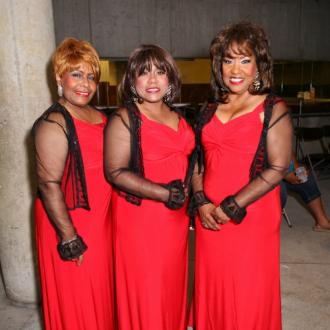 The Emotions band member passed away on Friday (18.09.20) as a result of ''health challenges that she'd been battling for several years''.

In loving memory, we are saddened to announce the passing of our sister, Pamela Rose Hutchinson, on Friday, September 18, 2020. Pam succumbed to health challenges that she'd been battling for several years. Now our beautiful sister will sing amongst the angels in heaven in perfect peace.

''During this time, the family kindly asks for fans and friends to respect our privacy. We appreciate all kind words, photos, and videos you may want to post for our beloved Pamela and of course your loving prayers. A life so beautifully lived deserves to be beautifully remembered. We love you, Pamela!

Thank you and as always, You Got The Best of Our Love.

Pamela sang in the band with her elder sisters Wanda Hutchinson-Vaughn and Sheila Hutchinson-Witt, after replacing sibling Jeanette Hutchinson-Hawes.

The group's biggest hit, 'Best of My Love', won the R&B outfit a Grammy for Best R&B Performance By a Duo or Group with Vocals in 1977, and they scooped an American Music Award for Best Soul/ R&B Single.

The song - which has featured in a number of films, including 1997's 'Boogie Nights', and 'The Holiday' in 2006 - was number one on the Billboard Pop and R&B charts.

The Emotions are also known for 1979 song 'Boogie Wonderland' - a collaboration with Earth, Wind & Fire - and 1976 tune 'I Don't Wanna Lose Your Love'.