Nuala declares a war on negativity with her resolutely joyful tunes

Listen to her song 'Keep Running'.

Music is one of the most expressive forms out art out there, powerful enough to move listeners to change their lives. Music can motivate us, cheer us up and unite us, and that's what we love so much about it. Nuala is one of those artists who appreciates what music can do, and indeed uses her sound to inspire us to find light in a shadowy world... 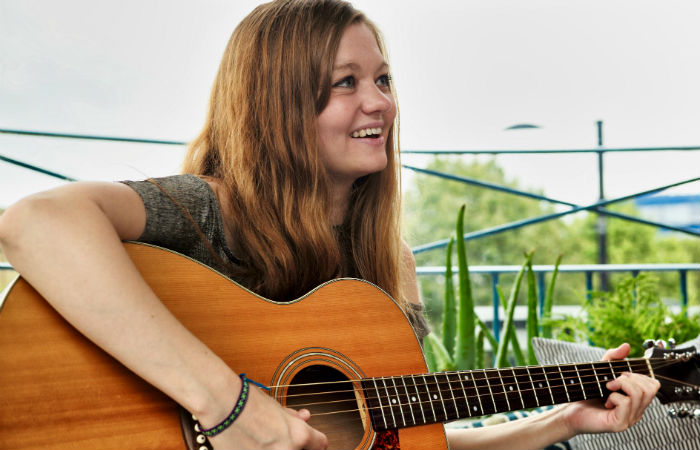 "The themes in my songs are often about independence and striking out alone", Nuala explained in an interview with DiscovrTV. "I also have a good amount of songs that call out the negative s**t that people want to put on me or others, whether that be from experiences of relationships or just general power struggles between people."

One example of her war on negativity is the song 'Keep Running', which is a powerful exploration of euphoric joy at those times when nothing else seems to matter but the moment. If you happen to have a playlist to lift you up on a rainy day, you ought to add this song to it.

"'Keep Running' is about feeling a sense of freedom and happiness within yourself and wanting to go and live your life to the max with the people you love", she says. "I wrote it just before going to a festival with my friends; the sun was shining, my brother was blasting out loud music and I just felt hyped up and inspired to write something positive."

And that's the ultimate goal for Nuala; giving people a lift with her soaring melodies and optimistic outlook. If there was a particular time when we needed this, it's now; in this current political climate.

"I'd hope it gets them fired up to live their best and most authentic self and to do what they want in life - go live your dreams and be who you are!" She continues. "I just hope that my music can inspire in some way, however that may be."

Check out the rest of the interview on Discovr.TV.