Not Just Coldplay: Dave Grohl Reveals David Bowie Also Turned Down A Collaboration With Him

Grohl had wanted to work with the late singer on a song for a movie.

Foo Fighters frontman Dave Grohl has revealed that David Bowie rejected a possible collaboration between the two. In a video shot for Playboy, Grohl and bandmate Pat Smear take a tour around some of Bowie’s favourite L.A. haunts, sharing stories about the Thin White Duke along the way. 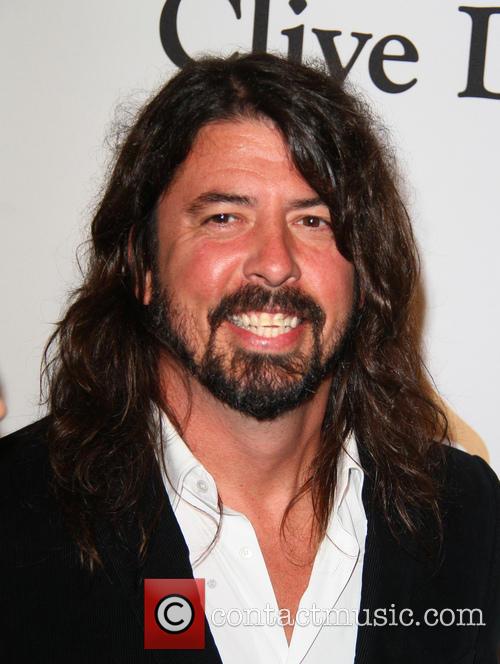 Dave Grohl was once rejected by David Bowie.

In the video Grohl and Smear reveal just how big Bowie superfans they really are, with Smear even recalling a time he ‘stalked’ the singer to a recording studio and picked up a cigarette he had tossed away. Grohl then told the story of the time he tried to work with his idol, but got a less than positive response.

"About two years ago, I got approached by this movie to do a song for the movie, so I thought, 'Maybe I'll have someone else sing, I'll do the music and then have another vocalist,’" the frontman shared.

"Then I thought, 'Maybe I'll ask and see if David would want to do it.' So the next day I get an email and it says, 'David, I watched the movie and I got to be honest, it's not my thing.' He said, 'I'm not made for these times.’"

When Grohl replied thanking Bowie for considering the piece he received a quick response which read, “Alright, now that’s settled then, f**k off”. Grohl couldn't decide if Bowie was being serious or not, but he’s not the only artist to receive a firm rejection from the legendary singer.

Last month Coldplay drummer Will Champion told the NME that the band’s singer Chris Martin had also been rejected by Bowie after submitting a song for a possible collaboration.

"Chris [Martin] once submitted a song to him with a note that said, 'Would you please sing on this song, because it's got this three-part thing,' and we had a sort of David Bowie–type character."

"And Bowie came back, 'It's not a very good song, is it?' I was like, 'OK, I'll take that as a no.' So he was very discerning. He wouldn't just put his name to anything, so I'll give him credit for that,” Champion added.