The life and work of Nick Cordero - who died of coronavirus in July - were celebrated in an online memorial on Sunday (06.09.20). 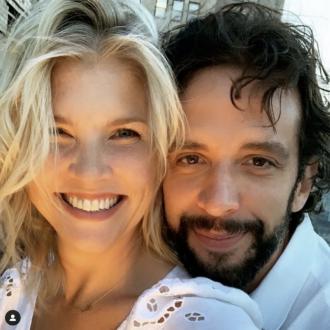 Nick Cordero was honoured in a special memorial service online on Sunday (06.09.20).

The Tony award-nominated star died of coronavirus in July at the age of just 41 and his life and career were celebrated in a two-hour tribute which streamed on Broadway on Demand and included personal family photos, footage of his performances in the likes of 'Waitress' and even glimpses of his early appearances in school musicals.

''Nick always felt so blessed. He always said that to me.''

And Nick's mother, Lesley Cordero, also paid tribute to her son's wide-ranging career, which as well as Broadway also included TV acting and being a singer and songwriter.

She said: ''Nick was a seeker. He had to try all facets of the performance industry and there were so many more that I know that he wanted to do.''

The late star's 'A Bronx Tale' producer Robert De Niro and co-star Richard Blake were among those who gave speeches during the virtual event, along with singer/songwriter Linda Perry and 'Bullets Over Broadway' director Susan Stroman.

Susan recalled a particular memory of Nick, when the spotlight hit him on stage while he tap-danced through a major number.

She said: ''Nothing helps you understand the fleeting artistry of life more than experiencing the death of someone you love, especially someone who dies so young.

''The most important gift of life are the people in our lives. The people we really make contact with, bond with, love, and share memories with. In just a few years, I'm lucky to have had many shared memories of Nick's life.''

While the tribute was free for fans to watch, viewers were urged to make a donation, which went towards Save the Music, a non-profit organisation which supports music education programmes in public schools.