Nicholas Kirkwood has designed a glass slipper in honour of the upcoming live-action version of Disney's 'Cinderella' which is set to hit cinemas in March this year. 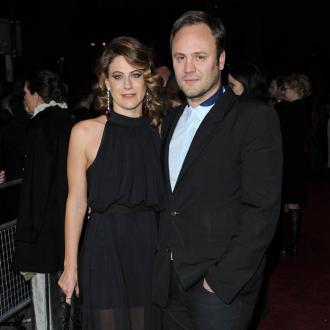 Nicholas Kirkwood has recreated a glass slipper in honour of the new live-action 'Cinderella' movie.

The 34-year-old fashion star and fellow footwear designers Jimmy Choo, Charlotte Olympia, Salvatore Ferragamo, Jerome Rousseau, STUART WEITZMAN, Paul Andrew, Alexandre Birman and Rene Caovilla, have each created their own version of the iconic shoe from the Disney fairytale in tribute to the film which will hit cinemas in March.

The slippers - which range from Perspex designs to Swarovski crystal-embellished creations - will be unveiled just before Valentine's Day and are available to order from luxury department stores across the globe, including Harrods, Tsum in Moscow , Saks Fifth Avenue in New York and Beverly Hills, Galeries Lafayette in Paris, Excelsior Milano, Isetan in Tokyo and Level Shoe District in Dubai.

Nicholas said of his design, which features a pointed toe and bow-adorned heel: ''Cinderella has both delicate and strong qualities as a character.

''The moment of transformation emphasises both and gave me the design inspiration to create a piece that spoke to the film's magic.''

''This story ignites a love affair and fascination with shoes that never dies. The power they have to transform is instilled from a young age and the fantasy remains alive forever. I wanted to create a shoe that felt magical, with alluring sparkle and a feminine, timeless silhouette evoking those childhood emotions.''

Brit designer Charlotte Olympia confessed she was ''honoured'' to have created her own PVC and Perspex slipper.

She said: ''I am delighted and honoured to be invited by Disney to design one of the most iconic shoes in history. It was such a pleasure to create my version of Cinderella's glass slipper, which I have aptly named If the Shoe Fits. This transparent platform shoe made with my signature PVC and Perspex materials is adorned with star and crystal detailing as befits any princess.''

The live-action retelling - directed by Kenneth Branagh - stars Lily James, Helena Bonham Carter, Cate Blanchett and Hayley Atwell, and will be released in the UK on March 27.