2015's 'Bake Off' winner spoke to the Radio Times ahead of her new show, 'Nadiya's British Food Adventure'.

Nadiya Hussain, the former winner of ‘The Great British Bake Off’, has revealed in a new interview that when she first entered the baking show she initially feared that she would merely be seen as the “token Muslim”.

The 32 year old told the Radio Times this week that she “struggled” a great deal with the fact that most onlookers tied her adherence to the religion to her identity, when actually religion is “incidental” to her. She also received a number of negative comments, but that the overwhelming majority of the reaction was welcoming.

“I certainly didn't enter a baking show in the hope of representing anyone,” she said. “Being a Muslim for me was incidental, but from the day the show was launched, I was 'the 30 year old Muslim' and that became my identity.” 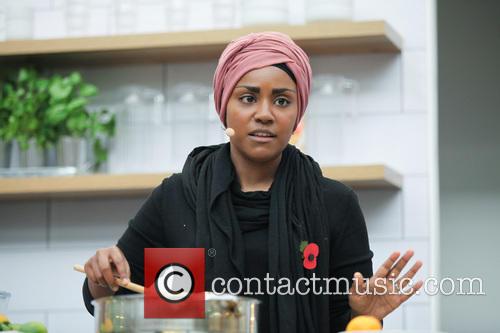 “I struggled at the beginning, because I thought: 'Am I the token Muslim?' I'd never, in all my years, been labelled like that,” Nadiya recalled. “I heard it constantly, 'Oh, she's the Muslim, she's the Muslim'… And I was so shocked by the amount of negative comments I got.”

Hussain is a second-generation Bangladeshi migrant to Britain, has previously illustrated how she sometimes hears abusive comments in public, but that these are a minority. “We are so much more accepting than that: I never realised Britain had such open arms.”

Since winning ‘Bake Off’ in 2015, she’s fronted her own TV shows, including ‘The Chronicles of Nadiya’, and is set to be one of the presenting team for the BBC’s upcoming ‘Big Family Cooking Showdown’, which is broadcast in the autumn and is the network’s response to losing ‘Bake Off’ to Channel 4 last year.

She will also be presenting a new series on July 17th called ‘Nadiya’s British Food Adventure’ on the BBC, and is releasing a book of the same title alongside it.

More: Nadiya Hussain rules herself out of ‘Bake Off’ presenting job when it moves to Channel 4