Musicians with a Passion for Gambling

These artists found lots to enjoy when it came to gambling.

Musicians have long had a taste for gambling, be it games of poker on the tour bus or evenings in the VIP lounge of a glitzy casino. With a lot of disposable income, it’s no surprise that many successful musicians enjoy betting and gambling. The link between music and gambling has always been strong, from the famous Las Vegas residencies of legendary artists like Elvis Presley, Elton John and Celine Dion, to the many new slots with a music theme. Here we explore some of these games, and take a look at the most notorious gambling musicians in history up to the present day. 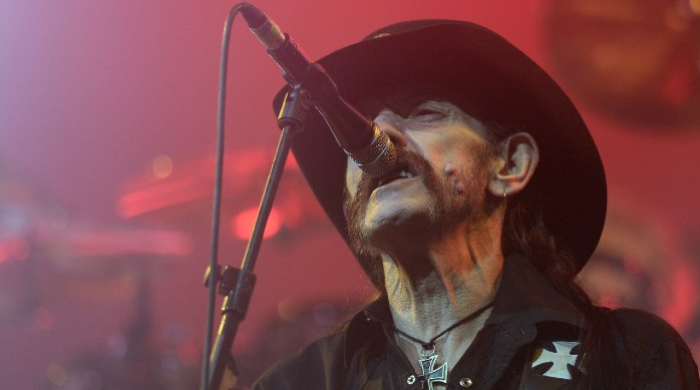 When it comes to music-themed new and classic slots, it seems that the scene is dominated by rock music. NetEnt have a collection of slots featuring Guns N’ Roses, Jimi Hendrix, Ozzy Osbourne and Motörhead. All these games, which can be found at both established and new slot sites, have real clips from concerts and many of their popular songs. In keeping with the rock theme, there is also a KISS slot by WMS, although sadly Leander’s Megadeth game has been discontinued. Pop and country lovers may prefer to try Bally’s Michael Jackson game, or the Dolly Parton slot also from Leander Games. It has been a while since any new online slots have been released that feature a music artist, but we can hope that there will be some more dropping soon.

Speaking of Motörhead, it is very appropriate that the band inspired a slot game. Lead singer Lemmy, born Ian Fraser Kilmister, was a well-known gambling enthusiast and wrote arguably the most iconic gambling-themed song in history, Ace of Spades. According to friends and colleagues Lemmy, who passed away in 2015, actually preferred slot games over poker and blackjack. That may have been more difficult to write a song about, so the card-game iconography had to suffice for his enduring tribute to the highs and lows of gambling.

Guitarist for thrash metal band Anthrax, Scott spent a few years as a poker pro almost by accident. As he recounts in his autobiography, he entered a poker tournament on a whim having never played Texas Hold’em, and won ‘by a complete fluke’. Excited to have a celebrity winner, the tournament sponsors decided to sign him up. Aside from some casual games on the tour bus, Ian was a relative novice, but he found that he had a natural aptitude and spent several years successfully playing as a professional.

While gambling and musicians are well-associated, it still seems to be a male-dominated pastime. Empress of Soul Gladys Knight is the only woman to make this list, but her story is a less than happy one. During the 1980s, Knight developed a gambling addiction – blackjack was her favourite, apparently – and spent several years battling with it. With the help of Gamblers Anonymous, Knight was able to kick her problem, and remains a successful performer to this day.

The Canadian megastar is worth a reported $150 million, so he can afford to drop a few dollars at the casino. A gambling enthusiast since his youth, Drake (real name Aubrey Drake Graham) has experienced quite a bit of negative press on the topic of his love of casinos. In 2018 the Grammy winner publicly accused Vancouver’s Parq Casino of racial profiling when he was prevented from playing one evening. It was later revealed that the refusal was in line with the province’s new anti-money laundering laws. This incident has not put Drake off casinos, and it seems like the VIP lounge is still one of the star’s preferred hangouts.

Sean Combs may have gone through many different stage names in his long music career, but the artist formerly known as Puff Daddy has always stayed true to his favourite casino game: blackjack. Combs is a multi-talented rapper, producer and all-round music mogul, and his passion and skill at blackjack is just another one of his many accomplishments. Often acting as an ambassador for the game, Combs has made numerous appearances at casinos and reportedly often has a blackjack table as part of his rider on tour.

No list of this kind could be complete without Ol’ Blue Eyes himself, the king of the crooners Frank Sinatra. Practically synonymous with Las Vegas, Sinatra and his Rat Pack buddies performed at several venues in the city up to and during the 60s, as well as making the original casino heist movie Ocean’s 11. Sinatra even bought and ran his own casino, the Cal-Neva Lodge, as well as owning a nine percent stake in one of his most popular performance venues, the Sands. Unfortunately for Sinatra, his relationship with Nevada gaming came to an acrimonious end. After a run-in with the regulators, he was forced to surrender his license.