Music stars and their podcasts

Podcasting has exploded in popularity over the last five years. Not only do more and more people listen to podcasts but now it seems like just about everyone has a podcast. 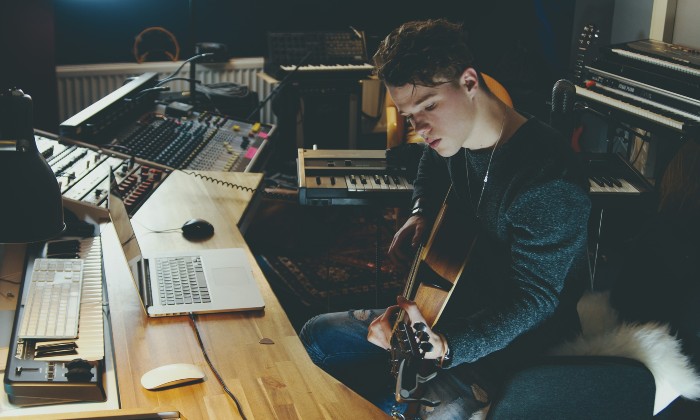 Podcasting has exploded in popularity over the last five years. Not only do more and more people listen to podcasts but now it seems like just about everyone has a podcast. Music stars are among the celebrities who have gotten into podcasting as a new way to connect with their audiences.

With so much competition, podcasts rely heavily on their passion for the subject. Combined with knowledge, this passion is what really keeps an audience coming back for more. The subject matter itself? Surprisingly, considerably less important.

For the stargazers among us, there are fantastic options like Walkabout the Galaxy, which highlights the latest and greatest in the universe (quite literally). Bankroll Warriors – a casino podcast, dedicated to offering tips and tricks for gamblers – has a dedicated fanbase eager to hear the latest from the professionals.

It should go without saying that music stars are already entertainers, and it doesn’t get much more knowledgeable than first-hand, so the number of quality podcasts on offer is unsurprising.

Questlove’s Questlove Supreme is one of the best music podcasts out there. Hosted by Questlove, best known as the drummer and frontman of The Roots but also a respected producer, music journalist and author, the podcast blends music, interviews and discussions of pop culture. The podcast grew out of Questlove’s NYU lecture series on classic albums, so you know it’s going to be a fascinating look at the music that matters and the world that created it. This is a great podcast for anyone who cares about music.

If you’re looking for something a little more old-school, Alice Cooper’s Vintage Vault might be just the ticket. This podcast was developed by going through the past 16 years of Nights with Alice Cooper – the rock star’s radio show – and selecting the most interesting bits and pieces of interviews and other content. It’s like the greatest hits album of podcasts. Alice Cooper, best known for songs such as School’s Out and his dramatic stage persona, has been a prolific recorder since his career started in the 1970s, so he has plenty to talk about, and so do his guests. Some of the notable guests include Ozzy Osbourne, Brian May and Slash, and there are some less obvious interviewees – like William Shatner!

Lead Singer Syndrome, hosted by Shane Told of emo rock band Silverstein, is an interview podcast that dives into what life is like for professional musicians, especially on the road. It is a behind-the-scenes look at some of the less glamorous aspects of the life of a touring musician and often features candid discussions of serious topics such as mental health struggles, band splits and problems with addiction. Though mainly restricted to the world of emo-punk-rock, this podcast is an interesting listen for fans of any genre.

I Only Listen to the Mountain Goats is a unique little podcast that is co-hosted by John Darnielle, the lead singer of the band in question. Part of the Night Vale family of podcast, I Only Listen to the Mountain Goats has been described as “a deep dive into what it’s like to be in the brain of an artist”. Featuring guest interviews, song covers and in-depth discussions of different tracks, this podcast is a good examination of how the music we love makes us feel.

While these are all great podcasts, sometimes you just need something heavier. Metal Matters, hosted by Fred Pessaro and Michael Berdan, fills that void. For fans of all things metal or extreme, this is the ideal podcast. It’s a balanced blend of interviews, reviews and discussions. Most recently, they did a series to celebrate Roadburn, one of the most important metal festivals in the world. It’s a great insight into a less popular genre.

Musicians on other topics

Just like the rest of us, music stars have other interests outside of their careers, and some of these have resulted in podcasts. We’re not so secretly hoping that Tom DeLonge’s – of Blink-182 and Angels & Airwaves fame – next step in his new career as paranormal researcher is to start a podcast discussing UFOs! But for now, there are still plenty of great options. Jessie Ware’s Table Manners (co-hosted with her mom Lennie) is one of the best of these. All about food and family, it's a bit like having dinner with some hilarious friends.