How have gaming soundtracks changed?

There was a time when the most sophisticated soundtracks that you would find on video games consisted of a series of electronic bleeps. But, just as the games have evolved to the complex and involving epics that they are today, the soundtracks have also followed suit. 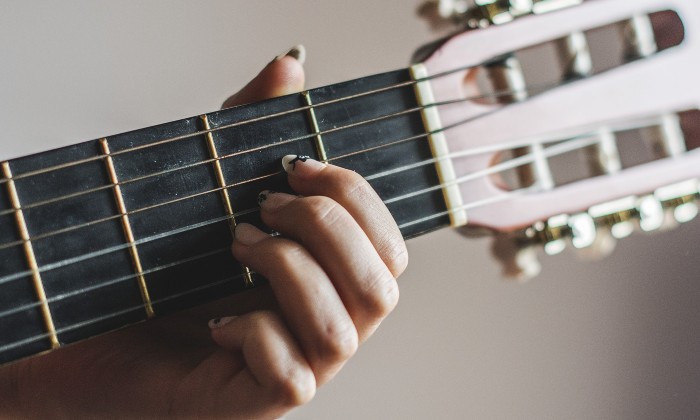 This is just as true of games whether they're played on the console, PC or even mobile. The music that accompanies the game does a great deal to contribute to the action and the fact that the technology used to play games on has advanced so dramatically has also helped. With even smartphone speakers now being capable of great reproduction, developers can be confident that the carefully crafted soundscapes will be appreciated by players on any device.

In fact, the soundtracks to games have become as essential to the gaming experience as film scores have to movies and, as we'll see, a number of games producers have even started enlisting high profile names from the music world to create them.

The role of music in gaming

The role of music in video games is very similar to the way it's used in films. Namely, it can help to create a mood and affect the feelings and emotions of the player. This can range from raising tension as they search for zombies in an abandoned cityscape to getting the adrenalin pumping in a driving game like Forza Horizon. And one only has to play a number of games to hear the many genres that are used from hip hop to rock and everything in between.

And it's not just video games that use music in this way, a wide number of online slots do too. In the highly competitive world of online casinos, all the major operators are constantly looking for new games to offer players as well as to focus on particular groups of people. Music fans are one such group so there are a number of slots games that focus on particular bands or performers.

Games like online slots are also seeking inspiration from the music industry, basing the theme upon well-known bands and artists.

From Elvis to Ozzy

One of the most popular of these is Elvis Presley whose whole persona makes him the ideal star for this purpose. Not only is his music familiar to a wide range of people, he also has strong links to the glamour and excitement of Las Vegas, surely the spiritual home of the slots fan. Perhaps most importantly, Elvis is one of the most significant icons of popular culture there's ever been, making him the natural choice.

A more unusual genre of music that has certainly developed a strong presence in the world of online slots is heavy metal and hard rock. For example, there are games that feature Guns 'N' Roses, Motorhead, Ozzy Osbourne and everyone's favourite spoof rockers, Spinal Tap. Whether the slots game in their name takes the level of excitement up to 11, you'll just have to play it to discover.

Naturally, all of these games use music from the artists as a backing track to the play, with the most sophisticated of them even including video inserts of live performances.

From rock stars to game heroes

Of course, there's also a whole genre of video games that are all about music and which allow players to indulge their own fantasies about emulating their heroes.

A great example of this is The Beatles: Rock Band. In the game, players can do their very best to replicate the success of the most famous band of all time and follow their progression from playing in dingy clubs in Liverpool to achieving global fame and success. What makes this game really stand out is that it comes with seal of approval of the surviving members of the group and was also produced by Giles Martin, son of their most famous producer, George Martin.

There are various video games designed for players to replicate music by famous bands and artists using a variety of consoles.

There are also several adventure games that feature members of bands as characters themselves. Examples of these include Kiss: Psycho Circus: The Nightmare Child.

Based on graphic novels from Todd McFarlane, it stars the members of a Kiss tribute band who magically acquire the powers of superheroes and use them in a fight against evil.

In a similar vein, Wu Tang Clan: Shaolin Style features the veteran hip hop group and the objective is to uncover the secrets of the Clan and use them to take over the world. Players also must complete a series of challenges called the 36 Chambers - referring to a rap on the legendary Enter the Wu Tang album. The game, which came out in 1999, was also something of a mould-breaker as it was one of the very first to include four-player action.

The music and gaming industries have also become more and more accustomed to working hand in hand by using playlists that can be selected according to players' preferences. Anyone who has played Grand Theft Auto will also know that there are different radio stations that one can choose to listen to as you tear up the streets in the set of wheels of your choice.

Games developers have also been known to get major music stars directly involved in curating the music for their creations. For example, in 2013 the hugely successful basketball game franchise NBA persuaded none other than Jay-Z to become the music producer for their 2K13 version. Not only did he commission music from big names like Kanye, Nas, and Busta Rhymes, he also had broader creative input on various other aspects of the game, one of the most successful of the franchise.

Finally, mention must also be made of the big names in music who have been proving themselves as no mean game's players. A great example of this is the recent Fortnite Battle Royale that was contested on Twitch between Drake, Travis Scott and Ninja and which attracted a record number of viewers for the channel.

Looking to the future, events like this will mean that even closer links are forged between music and gaming. So, we can expect to see many more famous names from the world of music starting to get involved in all aspects of gaming.