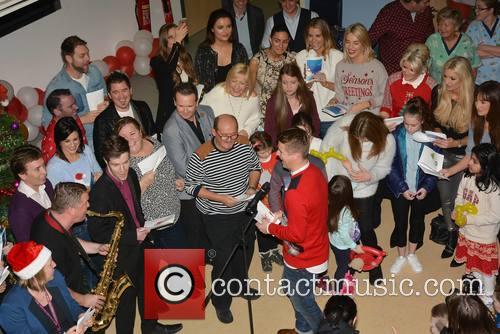 The success for BBC programming continued further down the list. ‘Call the Midwife’ attracted 6.83 million in fourth, with the final episode of ‘Miranda’ also scoring highly with 6.67 million. ITV’s soap ‘Coronation Street’ attracted 6.62 million, while 'Emmerdale' got 5.71 million.

‘Doctor Who’ performed comparatively badly with 6.34 million, which was enough to put it seventh overall but nearly two million down on last year’s episode and therefore well below expectations. Another disappointment was ITV’s period drama ‘Downton Abbey’, which has been successful for half a decade but scored only 5.84 million.

As ever, the Queen’s speech captured the nation’s attention with its ten-minute slot at 3pm. 5.71 million watched it on the BBC and a further 2.11 million on ITV, making it the combined winner with 7.82 million.

‘Mrs. Brown’s Boys’ has been a runaway success ever since it first broadcast on New Year’s Day 2011. It’s the brainchild of 59 year old Irish writer Brendan O’Carroll, who dons women’s clothing to play the titular character, a foul-mouthed matriarch trying to keep her weird and wonderful family on the straight and narrow. Despite many pundits consistently decrying the show for its retrograde and offensive humour, ‘Mrs. Brown’s Boys’ continues to demonstrate that it can capture the heart of the nation. It even spawned a hugely successful movie spin-off during the summer of 2014, entitled Mrs. Brown's Boys: D'Movie.