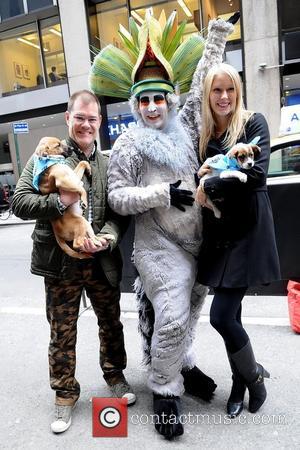 Clearly, given the reputation that Ridley Scott's Alien had as one of the great classics of sci-fi film, his prequel, Prometheus , has fostered high expectations. Several critics have suggested that they have gone unfulfilled. "Watching Prometheus is like opening a deluxe gift box from Tiffany's to find a mug from the dollar store," writes Ty Burr in the Boston Globe. Several critics suggest that Scott commendably raises some profound questions in the movie but his answers are so obtuse that many moviegoers will be leaving theaters scratching their heads. Steven Rea in the Philadelphia Inquirer remarks "Narratively, it's a mess. There's a through-line Darwinism vs. creationism thing going on that ping-pongs big religious and philosophical ideas, but whiffs the return." Peter Howell's review in the Toronto Globe and Mail is headlined "Big Questions, Banal Answers." And Kenneth Turan in the Los Angeles Times comments "Though more involving than much of this year's summer blockbuster competition, by the standards set by its wizardly director it's something of a disappointment." Nevertheless, he advises moviegoers to set aside their expectations, summing up this way "It's no Alien, but Prometheus still delivers thrills." Indeed, most reviewers are accentuating the positive. The movie, writes Kyle Smith in the New York Post "is wickedly entertaining, scary, sinister and thought-provoking." Claudia Puig in USA Today writes that it "may be the most dazzling of any film this year, and not since Avatar has 3D technology been put to such vividly mesmerizing use." And Roger Ebert in the Chicago Sun-Times uses the adulatory adjective "magnificent" to describe the movie, commenting that it is "all the more intriguing because it raises questions about the origin of Human Life and doesn't have the answers. He then adds "I'm a pushover for material like this; it's a seamless blend of story, special effects and pitch-perfect casting, filmed in sane, effective 3D that doesn't distract."