Who are the most popular Vegas Entertainers of all time? It’s anyone’s guess these days. But there have been talented musicians that have graced the stages of Sin City for many years. 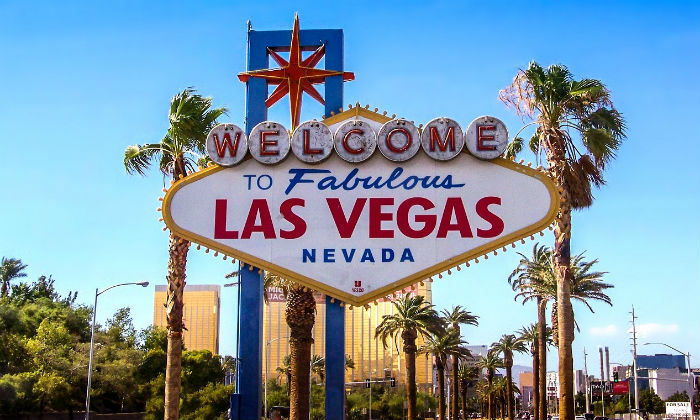 Who are the most popular Vegas Entertainers of all time? It’s anyone’s guess these days. But there have been talented musicians that have graced the stages of Sin City for many years.

We’ll unveil our list of entertainers that have left a mark in Las Vegas for many years. From the years of Dean, Frank, and Sammy to the Elvis years and beyond, Las Vegas has become one of the unofficial entertainment capitals of the world. Who says you have to gamble while you’re in the city?

With so many entertainment choices today, it might be difficult to choose between one show or another because of timing conflicts. That’s why it would be wise to plan ahead to so you don’t miss the shows you want to see. But we digress...let’s get to the list of popular entertainers that have drawn many fans around the world to Las Vegas over the years.

Frank Sinatra, Dean Martin, Sammy Davis Jr., Peter Lawford, and Joey Bishop. Five of the biggest names in entertainment converged together one night at the home of Humphery Bogart and Lauren Bacall and the rest was history. In fact, it was Bacall herself that inspired the name “Rat Pack”.

All five members had guests that entertained with the supergroup including Judy Garland, Nat King Cole, Jerry Lewis, and others. Throughout the late 1950s and early 1960s, the Rat Pack became fixtures of Sin City and would always make frequent appearances. However, it was the main three members of this group (Sinatra, Martin, and Davis) that would steal the show with packed crowds in Las Vegas.

With singing mixed with comedy, the Rat Pack will have a lifelong association with Vegas. The city was their kingdom and the Rat Pack were the kings.

Speaking of kings, who better than “The King of Rock and Roll”? Elvis was known for many songs reaching number one throughout the 1950s. Later on in his music career, he would release the popular song that pays tribute to the city itself.

In 1964, the song “Viva Las Vegas” was released along with the movie with the same name (starting who else...but Elvis himself). However, Vegas played a special role for Elvis. In 1969, Elvis held a concert in Las Vegas, thus adding fuel to the fire that re-ignited his career.

Elvis would soon frequent Vegas and perform for his legion of fans. He may have been one of the few entertainers responsible for putting the city on the map. Even today, many fans of Elvis are even impersonating him.

Imagine getting married in Vegas with “Elvis” officiating the ceremony. If that ain’t the best Vegas experience ever, it’s hard to say what is.

When you hear the word Liberace, the thoughts of a colorful, flamboyant entertainer instantly pop up in your head. Liberace was a musician who mastered the piano with such finesse. But it was his glitzy outfits that stole the show every single time.

All of his costumes were custom-made and always wowed the crowds every single time. Liberace would also call Vegas home until his passing in the 1980s. But he will be forever remembered not only for his colorful attire but his charisma and ability to win over the crowd without breaking a sweat.

If there is someone who is more deserving of the title “Mr. Las Vegas”, it’s none other than Wayne Newton. In fact, he’s worthy of the title because of the number of shows he’s held in the city. Up to 30,000 plus shows.

What Vegas was to the Rat Pack and Elvis then is what Wayne Newton is today. Newton will still be performing in Vegas for as long as he can. And at the age he’s at now, he’s showing no signs of slowing down anytime soon.

In the early 2000s, the Canadian-born pop star began her residency in Las Vegas. And she quickly became one of the most popular acts. Her shows at Caesar’s Palace became a mainstay for a few years.

As a result, she made north of $380 million over the span of four years in Vegas. She would pave the way for many stars to become Vegas fixtures themselves. Including one star who has done that twice (hint: we’ll reveal who at #6).

Elton John has graced the stage with his hits like “Bennie and the Jets”, “Tiny Dancer” and various tunes for almost five decades. He has also a megastar that had two residencies in Las Vegas throughout his career. The Million Dollar Piano ran for an unprecedented nineteen years from 2001 to 2018. While doing that, he did a separate show for five years known as “The Red Piano”.

Elton John’s personal style and flair are fitting for Vegas. Along with some of his rockin’ tunes, it’s no wonder he’s been a popular act in Sin City for so long. If he ever does a show in Vegas again, you might want to snag yourself a spot at the earliest time possible so you don’t miss out.

Around the time when the Rat Pack dominated the scene in Vegas, there was a similar entertainer that would draw the Rat Pack fans in. Bobby Darin was known for songs like “Beyond The Sea” and “Mack the Knife”. And he made frequent appearances at the Sahara or the Flamingo.

It was Darin who served as one of the inspirations for a popular Vegas entertainer. That entertainer was none other than Wayne Newton. So to give credit where it’s due, without Bobby Darin there would be no Mr. Las Vegas.

Las Vegas may be known for its casinos, but it’s a place where an endless stream of entertainment can be found. With plenty of megastars gracing their presence over the years, it became a place that still gives Los Angeles and New York a run for their money.

If you want to catch a show or two in Vegas, you will never be out of options. Just be sure to plan ahead so you don’t get left out because these seats fill up fast. There is nothing quite like Vegas like catching a show with a megastar you’ve been dying to see.