Morfydd Clark won't return to Britain 'for a while'

According to Morfydd Clark, she won't return to Britain ''for a while'' after being stuck in New Zealand amid the lockdown. 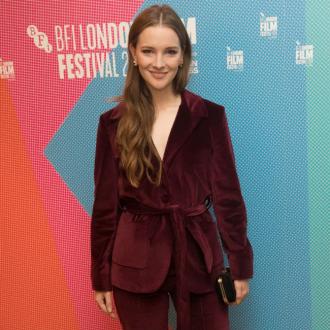 Morfydd Clark won't return to Britain ''for a while'' after being stuck in New Zealand amid the coronavirus lockdown.

The Welsh actress - who lives in south London - was filming the 'Lord Of The Rings' TV series when the lockdown was introduced and amid ongoing travel restrictions, she is unlikely to return home anytime soon.

She said: ''I was expected to be back in Britain. But not now. I've been calibrating in my head that I won't be home ... for a while.''

The actress praised the way in which New Zealand has dealt with the pandemic, saying the government's approach has already proven to be ''quite effective''.

She explained: ''[The country] went into lockdown so quickly ... which has been quite effective.''

Morfydd hopes she might be able to return home to London later in the year.

But the actress - who has been in New Zealand since October - admitted she's loved the experience of shooting the TV series.

She shared: ''Every day your jaw drops on the floor again.''

Morfydd also revealed she previously relished the experience of working with Tilda Swinton on the Armando Iannucci-directed 'The Personal History of David Copperfield'.

Recalling her time on set, Morfydd told the Daily Mail newspaper's Baz Bamigboye: ''My first day on the film I didn't have any lines and just had to scream while pretending to give birth.

''So I screamed. Then I looked up and there were Tilda and Dev [Patel, who plays David as a grown-up], looking down at me.''

What's more, Morfydd admitted to being overcome with excitement during her first meeting with the director.

She recalled telling him: ''I can't believe I'm even meeting you! And you're offering me a job.''