Keen to release his unfinished songs, write a movie soundtrack and bring his music to the UK; electronic artist Monokino is keeping himself busy

Dutch artist George van Wetering, aka Monokino, explores an alternative electro landscape on his latest single release, Your Underground. The machine gun lead, hyper-drive beat scores Wetering's layered vocal through an atmospheric and arresting track. Where Placebo meet The Associates you'll find Monokino on Your Underground. This is George's second new track of 2021 and follows on from his January single, Bend or Break. Having already released two albums, Human Error in 2009 and Fake Virtue in 2013, Monokino is once again starting to release a string of singles which will culminate "in the unveiling of an EP later this year". The multi-talented singer-songwriter has already collaborated with the likes of Tony Visconti and Kristeen Young but is better known in China than in the UK - something that he is keen to address. Before he swaps Shanghai for Shoreditch we caught up with him to find out a little more. 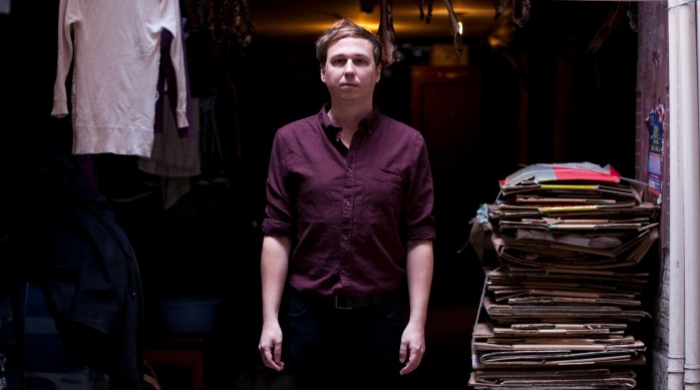 It's alternative pop-music. Some people see it as kitsch, but I'm extremely serious about the music I make. Monokino weaves ear-piercing synthesizers, angry guitar riffs and pounding drums. Someone wrote that in the course of a minute, you may hear Soft Cell, New Order, Kraftwerk, Associates, Cabaret Voltaire and Freur – and I agree with that.

Losing myself in the advice of the music industry. The pandemic actually kept saying 'stop it, it's no use if you want to make money' - but that ignores the main reasons for making art: expressing yourself and creating. Other advice like that connections are really super important, yes maybe they are - but only if you have a lot more to offer than most other musicians. Or that you must have a super good 'product'. That is all very subjective and most 'products' are well marketed, but whether it does anything for you is open to question. In addition, from a practical point of view, I've had a lot of hassle during touring in America and China because it can sometimes be very expensive.

It's not really a career path I guess. Especially if you've been making songs and recording things since you were a kid, and trying to figure out how to use multiple tracks to create a harmonic whole - it's more about passion and extreme interest in music production. I should think a little more in terms like it's a 'career'. when we talk about making money - I think there are a lot more easier jobs. when people say 'yes but at least you do what you like' - that's not entirely true, I just don't know anything else and every other work I do I value a lot less.

I actually wish I had less creative control. What does it mean to be creative under contemporary capitalism? And how happy could I be if I didn't have such a drive to create my own things? I always think that creative control is not very important because I can appreciate many different styles. hmmmm, tricky question: if it's good, it's good I guess - of course that's subjective – but then it's not that important. I do know that people often start working together enthusiastically and in the end people find me very irritating. Probably because I put my stamp on it too often – so then it seems it's very important to me to have creative control.

I admire a lot of artists, but for inspiration I don't necessarily look towards other people's work. I can be inspired by a lot of things around me. I do 'borrow' technique, though. I recently started listening to Ennio Morriconne a lot and I think I 'borrowed' a lot from him in a pop music kinda way. But at the same time, I have many unfinished songs that sound like other artists. I also take inspiration from visual arts. My favourite Dutch artists are Paul Verhoeven, Willem de Kooning and Zea.

I would like to work with the people around me, there are a lot of people that I haven't seen in a while because i'm always busy finishing things. I would love to work with my former keyboard player again - but she doesn't want anything to do with the music industry anymore and only plays the piano for fun nowadays.

I really like amusement parks and subtropical water parks. as a kid I was a huge fan of Freddie Mercury.

I really want to release all my unfinished songs. And I still want to make a soundtrack for a movie.

I hope to be away from Amsterdam by then. I live in front of a cafe and they play Andre Hazes all day long. Not that there's anything wrong with that artist, but I often think 'play another song'.

Your Underground is part of a number of singles I will release throughout 2021, culminating in the unveiling of an EP later this year.