Missoni only started making a profit 10 years after it was formed and the founders decided to focus on ready-to-wear rather than high fashion because that was more profitable. 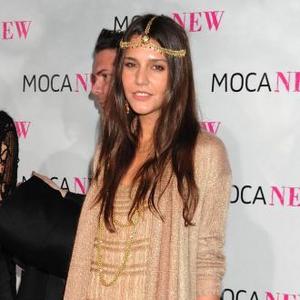 Missoni only started making a profit 10 years after it was formed.

The Italian fashion house was started by newlyweds Rosita and Ottavio Missoni in 1953 when the couple set up a small workshop making tracksuits and later moved on to knitwear but Ottavio revealed it was a decade before they saw any financial benefit.

He said: ''We started making a profit after 10 years of activity and that day I felt like the richest man in the world.''

Rosita also explained the couple decided to focus on ready-to-wear rather than high fashion because that was more profitable.

She said: ''High fashion was declining and there was this new thing, ready-to-wear, that was kicking off and we found ourselves in this situation in the early 1960s. With our 10 years of experience, we knew what we wanted to do and tried to find our own way.''

The company hit the headlines in 1967, when Rosita sent braless models down the catwalk at the Pitti Palace in Florence and the runway lighting caused the outfits to become totally transparent but she doesn't think the show was too outrageous.

Rosita explained: ''I didn't think we were doing anything scandalous but they accused us of turning the Pitti Palace into the Crazy Horse [famous burlesque palace in Paris].''

Today the thriving company is run by the couple's children Luca, Angela and Vittorio and some of their grandchildren, including Angela's daughter Margherita, with revenues of more than â¬150 million.