Michael Buble says his wife Luisana Lopilato is responsible for helping him lose weight with a strict diet and exercise regime. 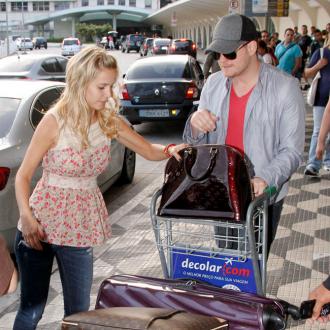 Michael Buble has praised his wife for helping him lose weight.

The Canadian singer - who married Argentine actress and model Luisana Lopilato last March - shed pounds via a strict exercise and eating regime and he says his wife has helped him remain so ''disciplined.''

He said: ''It's much easier when you're with somebody who's that disciplined. I've gone on diets, and I've gone up and down with my weight. But keeping healthy is certainly simpler when you're with your wife and you say, 'What do you want to do today?' and she says, 'Let's go to the gym...'''

The 37-year-old star admits his weight gain got so bad in some photos he looked ''pregnant'' but he thinks people have exaggerated how big he was after it was reported he'd lost 3st.

He told the Daily Mail Weekend magazine: ''The truth is that I've just been eating a lot better. In some of those pictures of me I looked pregnant!