Toronto native Melissa Bel recently dropped her new single 'Cotton Candy', and now this vibrant budding popstar is here to talk to us about her journey into the music industry so far. 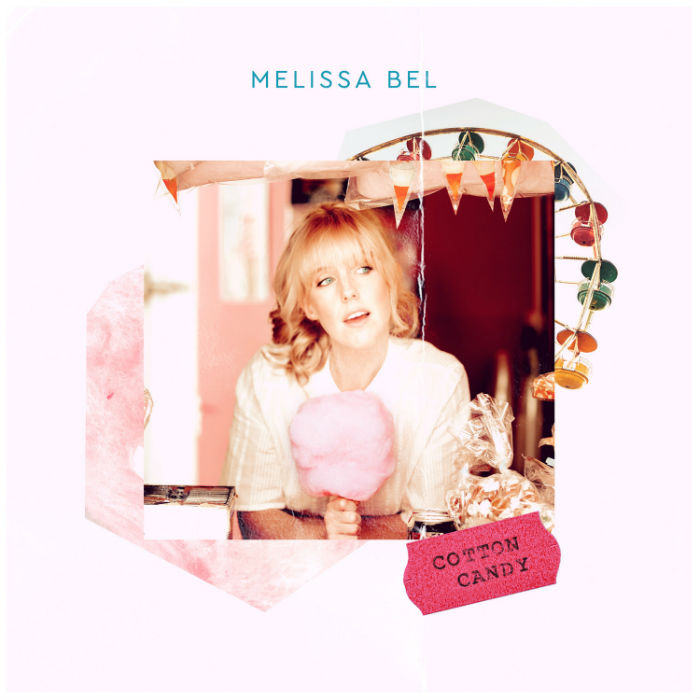 Haha where to start?!

2. Just knowing what to do next can be hard.

3. *Cliche alert*. Having the confidence to stay true to myself as an artist. I worked with an indie label years ago that signed me when I was doing bluesy pop/rock but insisted I go towards dance pop. What a mind f**k that was.

4. Getting onto the coveted Spotify editorial playlists. Still trying.

5. Finding it in you to keep going when things haven't worked out exactly as you'd hoped.

Honestly, way harder than I expected when I started this at 18! There's a lot of talent out there and it's really hard to break through the noise, so I'm just focused on finding my core audience and making music that makes me happy. I had a cut on a recent Avril Lavigne single, ('Tell Me It's Over') which has opened some doors for me but still, things aren't just easy all of the sudden. It's almost like after a bit of success, that's when the work really begins.

So important. Maybe the most important. I was really nervous throughout most of the process of making "Cotton Candy" because it's the first song I've released in a couple of years and wanted it to be perfect (impossible but, you know). I also knew I had to take ownership over creative decisions and make sure I spoke up about every single little thing I wanted even when I felt like a pain in the ass. I ask for feedback from people I trust, but I used to rely too heavily on the opinions of others, so at the end of the day I need to go with my gut. If I make music that I genuinely like and am proud of, it makes it a lot harder to have regrets about it later.

Musically, I take little bits from lots of different influences; The Beatles, John Mayer, Aretha Franklin, Lauv, Kacey Musgraves, Shawn Mendes, Gavin DeGraw, Justin Timberlake, Pink.the list goes on. I write about my own life, the lives of people close to me, and things I'm feeling, sometimes with embellishments, sometimes without. When I started writing Cotton Candy I thought it would be a song to pitch to someone else, but the more of it I wrote the more I loved it and decided it was for me.

There are loads of amazing female singer/songwriters I want to write with like Jessie Reyez (fellow Canadian!), Fiona Bevan, H.E.R., Kacey Musgaves.and I'm really into this Australian band called The Teskey Brothers who I'd love to do a sweet soul/blues collab with. And John Mayer is one of my favourite songwriters so him please.

Saying or hearing the word "trinket" disgusts me for some reason I really can't explain. Even typing that word was painful.

Just recently I've truly grasped the idea of strategic goal setting (never my strong-point!). Having specific aims in mind makes it a lot easier to measure success and then re-adjust your strategy accordingly. One of the many things I wish I could go back and tell my younger, starry-eyed self!

I'm playing some cool shows in the UK and Canada over the summer, and look out for some more new music in the next couple of months! Stay updated at www.melissabel.com.