Giedroyc and Perkins have presented 'The Great British Bake Off' on the BBC since 2010, but they will not be moving to Channel 4 next year.

Presenters Sue Perkins and Mel Giedroyc will not be making the journey to Channel 4 when ‘The Great British Bake Off’ moves from the BBC next year, it has been confirmed.

In a statement released by the pair on Tuesday (September 13th), they condemned the decision to move the massively popular baking competition from its six-year home on the BBC that was announced yesterday, and said they were “not going with the dough”. 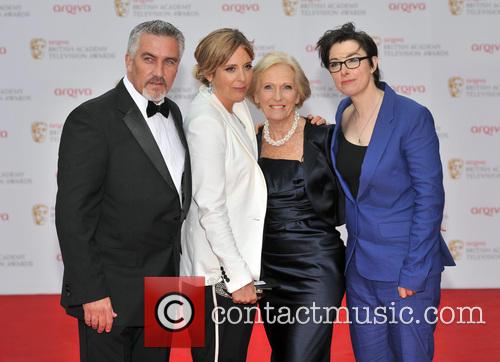 Perkins, 46, and Giedroyc, 48, had both previously spoken of their desire to see ‘The Great British Bake Off’ remain at the BBC. It was revealed yesterday that neither they, nor judges Mary Berry and Paul Hollywood, were consulted during the BBC’s negotiations with Love Productions, which makes the show.

“We were very shocked and saddened to learn yesterday evening that Bake Off will be moving from its home,” their statement read. “We made no secret of our desire for the show to remain where it was.”

More: This will be the last series of ‘Great British Bake Off’ on the BBC!

It was reported last October that the BBC was facing a £20 million battle to keep ‘Bake Off’ on the network, and the news of its co-presenters stepping down comes on the same day as it was revealed that bosses at the Beeb fell £10 million short of the £25 million sum required to do so.

Jay Hunt, Channel 4’s chief creative officer, expressed pleasure at the broadcaster having landed the much-loved show. “I’m delighted we have been able to partner with the hugely talented team at Love Productions to keep this much-loved show on free-to-air television.”

Hordes of panicky viewers immediately howled in anguish at ‘Bake Off’ leaving for another broadcaster, but Channel 4 quickly assured fans that they weren’t planning to overhaul or modernise the format.

“We have no plans to change the incredibly successful format of the show which is much loved by viewers,” a spokesperson said.