Meital Dohan broke up with Al Pacino after two years together because of their 39-year age gap. 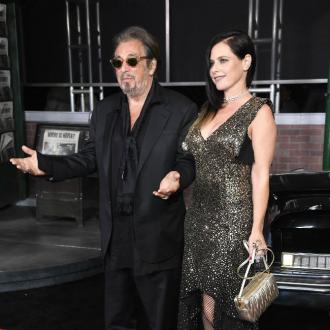 Meital Dohan broke up with Al Pacino because of their 39-year age gap.

The 40-year-old actress has confirmed she has split with 'The Irishman' star after two years together and admitted she found it ''hard'' to be with the 79-year-old actor because he is ''so old''.

She told Israel's La'Isha magazine: ''It's hard to be with a man so old, even Al Pacino.

''I tried to deny it, but now he is already an elderly man.

''The age gap is difficult, yes. I tried to deny it, but now he is already an elderly man, to be honest. So even with all my love, it didn't last.''

And the 'Weeds' star suggested the screen legend didn't shower her with gifts.

Asked if she had any expensive presents to remind her of their relationship, she said: ''How can I say politely that he didn't like to spend money?... He only bought me flowers.''

Al recently revealed he had therapy to cope with his sudden fame in the 1970s following his starring role as Michael Corleone in 1972 Mafia drama 'The Godfather' and continued to see a mental health specialist as his profile grew exponentially that decade with roles in 'Serpico', 'The Godfather Part II' - in which he reprised his role as Michael - and 'Dog Day Afternoon'.

He said: ''It is a big thing to get used to. I remember Lee Strasberg (director-and-actor) saying to me, 'Darling, you simply have to adjust.' And you simply do. But it's not so simple.''

The actor admits seeing a therapist was an important and necessary part of his life, and he continued to have sessions every week for 25 years.

He continued: ''I went through some stuff. I had therapy five days a week for 25 years.''

Al later decided to reduce his workload in the 1980s and only appeared in a few selective films, including cult classic crime drama 'Scarface', but he had to get back in front of the camera more regularly when his money began to run out.

He explained: ''I just wanted to move away from the pace of the whole thing, and it was good for me. I enjoyed it. But then, as happens, the money runs out.''