Following the recent release of his latest single, Kaiba, MC Salum talks to us about Drake, Dundee and desire among many other interesting things. Kaiba is Salum's third single this year and he's got plenty more in the pipeline. The proud Scottish native is keen that people conect with his conversational verses on tracks that he himself descibes as "cartoonish". 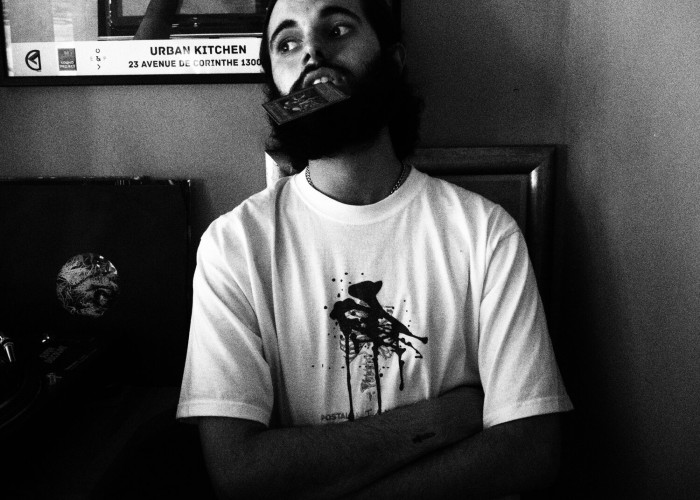 For those who may be new to your music, how would you describe your sound?

I'd describe a lot of the tracks as cartoonish, they are colourful and show a lot of my personality. I always have one eye on the past so a lot of tracks feel nostalgic but with modern elements.

Coming from a small city makes it hard to reach out to more fans. A lot of artists move away to places like London so they can find a bigger audience, but I choose to stay in Scotland to try and contribute to the developing scene here. I love Dundee and want to help put it on the map.

Making music is more accessible than ever so there's a lot more competition. I believe though if you make something interesting, have personality and invest your time wisely it's still possible to be recognized. I'd argue it's easier than ever to blow up, in the past you would need help from labels and executives but now it's possible to do it yourself via social media although I think that will change in future.

It's important for me to be involved in every part of the process. I enjoy being in the studio and having an input, but I can't do it on my own. I find the samples, the features, and the concepts but I am lucky to work alongside talent like Guy Galactic or Liam James as they bring the ideas to life.

Mainly it's conversations. I take notes all the time of ideas and feelings that come up. I want people to connect with my verses so I try to make them feel conversational. With the beats I think I've been influenced by a huge variety of things. Shows like Cowboy Bebop and Samurai Champloo definitely had an impact on my style, alongside my favourite artist Hideyuki Katsumata. Albums like Nothing Was The Same and PARTYNEXTDOOR were also very important to me.

If you could collaborate with anybody going forward who would you choose and why?

That's a tricky one, my obvious one's would be Frank Ocean, Slowthai, or Drake but within Scotland I'd like to collaborate with folk like Shogun, Sherlock, Chlobocop and Ransom FA.

Tell us a random, funny fact about you that not many people know?

My dad years ago was hurt badly in an illegal backroom Yu Gi Oh duel, was never able to battle again. His shame really tore our family apart. I plan to avenge him.

I want to star in a film alongside Kid Cudi, Nicholas Cage and Kevin James. It'll be about about roommates who are all vegan, except Kevin is secretly a cannibal that eats butchers and high level meat industry executives. Film ends with him catching me eating wings.

On tour would be sweet, I would love to play all over Europe.

I have a bunch of singles ready to go, I'm also working on a couple of different mixtapes.