Max George insists he is on such good terms with former fiancee Michelle Keegan, he would happily sing at her wedding to Mark Wright. 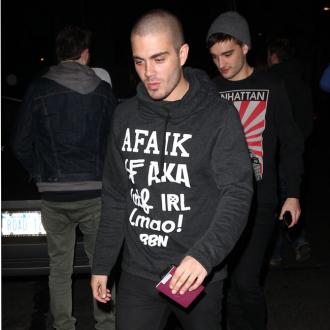 The Wanted singer - who was previously engaged to the former 'Coronation Street' actress - says they are now on good terms and he would even consider performing at her upcoming nuptials to fiance Mark Wright.

Quizzed on whether he was invited to the wedding, he said: ''Ha! I don't think so, although I am around. I'm not touring. I'm free if they want a wedding singer. I'd do it!''

The 25-year-old star was reported to have had an altercation with his former flame when they both showed up at the same nightclub in Marbella, but he's rubbished the rumours, insisting they have no issues with one another.

He explained to Britain's Star magazine: ''Nothing happened. It was a misunderstanding. We weren't at the same place - it's all got a bit out of hand. We're all friends again.''

The 'Glad You Came' hitmaker is now thinking of moving to America to pursue a career in acting, and although he's already been offered his first role he's keeping his cards close to his chest.

He said: ''I've got something but it hasn't been confirmed yet. I don't want to jinx it. You'll have to wait and see!''