Max George has been secretly dating Carmen Electra and the pair have been meeting up whenever he is in Los Angeles. 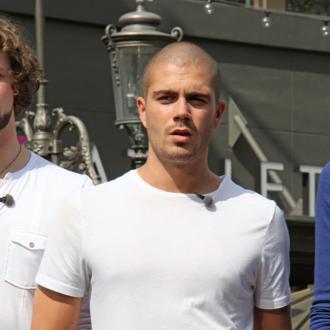 The 25-year-old star has been romancing the 41-year-old former 'Baywatch' beauty for the past two months, meeting up with her in Los Angeles - where his band The Wanted were previously filming their reality TV series 'The Wanted Life' - but the pair have been keeping their romance under the radar.

Sources told the Daily Star newspaper: ''When they met in LA they immediately fancied each other but they only swapped numbers at first. Then Max began texting her quite regularly.

''Soon they started secretly meeting up whenever he was in the States, but tried to keep it low-key.''

The pair have been keeping their budding relationship ''low key'' as Max was devastated after his former conquest, Simon Cowell's ex-girlfriend Jasmine Lennard, publicly revealed details of their tryst.

The source explained: ''Max felt upset after Jasmine Lennard did her trashy kiss-and-tell on him, so he's wary about putting himself in that position again.''

The lothario is delighted to have been linked to someone as stunning and high profile as Carmen and has been keen to share the details of the romance with his friends.

A friend explained: ''Max has been boasting a lot to his bandmates about pulling Carmen, and they admit they're quite jealous.

''He even said she might just be his most impressive conquest yet.''

Max was previously romancing 'The Only Way Is Essex' babe Lucy Mecklenburgh and before he was seeing Lucy he had been engaged to 'Coronation Street' actress Michelle Keegan.

Carmen has been married twice, firstly to retired basketball player Dennis Rodman, whom she divorced in 1999 a year after marrying him, then rock guitarist Dave Navarro who she was with for five years before they divorced in 2007.

She was previously engaged to Rob Patterson and has also dated Simon Cowell.