Max George and Michelle Keegan in dispute over engagement ring

Max George and Michelle Keegan are involved in a bitter dispute over the engagement ring The Wanted singer gave her and is now ''desperate'' to get back after their split. 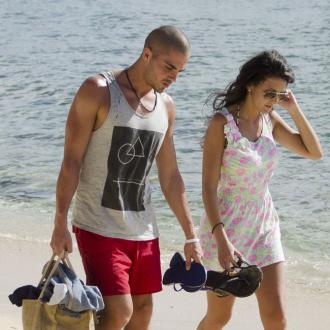 Max George and Michelle Keegan are locked in a bitter dispute over her engagement ring.

The Wanted singer and 'Coronation Street' actress split up in April but Max has demanded Michelle return the £1,000 ring that he proposed to her with.

A source said: ''He is desperate to get it back but is not getting anywhere.''

Michelle - who plays barmaid Tina McIntyre in the ITV soap - is believed to have been left ''staggered'' by Max's sudden demand to get the diamond band back from her.

A close friend of Michelle's told the Daily Mirror newspaper: ''It's a bit rich considering all that's subsequently come out to suddenly start demanding it back. Perhaps he needs the money.''

The 25-year-old actress is prepared to meet up with Max, 24, to give the ring to him, but he wants her to mail him the piece of jewellery to avoid an argument, because there are still bitter feelings between the pair.

On last week's Bauer Radio show 'In:Demand' he was asked what the most expensive item he has ever bought was, replying: ''A ring.''

Max and Michelle split in April, claiming work pressures caused the demise of their romance, but the pop heartthrob's ex-girlfriend claimed she and the 'Lose My Mind' singer had enjoyed phone and text sex while he was with the actress.