8. Refused - Freedom.
Sonically more breezy rock n roll than the crushing hardcore of when Refused were originally going, but 'Freedom' shows that after 14 years away Refused can still kick up a storm with their tough riffs and throw some cogs in the works of what's conventional.

7. Sunn O))) - Kannon.
The kings of drone return and continue to convey a high level of emotion and make an impact with just a few chords and mass feedback spread out over ten minute songs. Like with every Sunn O))) album, this takes you to dark and fractured world. You can embrace it or run away, but it will be there, an immoveable force either way.

6. Rolo Tomassi - Grievances.
Rolo Tomassi have always been ahead of the curve with their jazzy, dreamy synth injected math-core and their newest effort sees them introducing some classical elements and maintaining their place as one of the most adventures heavy bands going as well as one of the most brutal.

5. Retox - Beneath California.
One of the most vicious punk bands in recent years deliver some of their most hard-hitting material yet as well as songs that see Retox going out of their comfort zone, i.e. the danceability of 'Wooden Nickles', but then this isn't a band known to play things by the book.

4. Envy - Atheist's Cornea.
Japanese post-rock/screamo outfit Envy's fifth album shows why they're one of the best in either genre after 20 years in the game. There's thrilling moments of brutality, but it's the tender, warm parts such as the strings of 'Shining Finger' or the cosy, yet bouncy guitars of 'Your Heart And My Hand' that are really life affirming.

3. Helm - Olympic Mess.
Like emerging from Plato's cave and seeing the sun for the first time 'Olympic Mess' is ugly and harmful at first glance, but it's beauty is soon revealed in the tranquil arrangement of these limp, yet hardened beats as well as the ethereal feeling of the ghostly drones.

2. Deafheaven - New Bermuda.
Following on from the masterclass that was 'Sunbather', Deafheaven further expand their black metal/shoegaze hybrid. There's more fury displayed this time around, but still plenty of cinematic avalanches of glacial guitars set to hyperspeed, taking your soul on a violent, but enlightening roller-coaster. 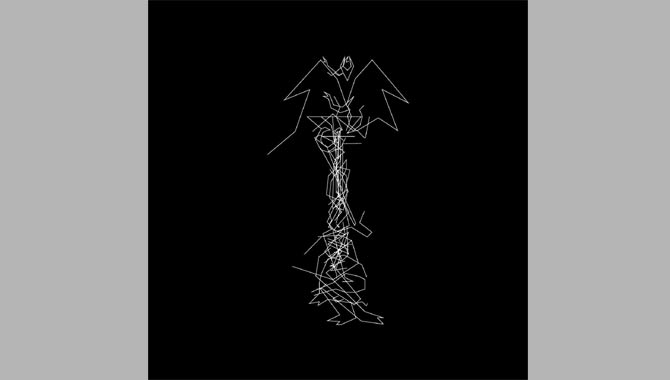 1. Oneohtrix Point Never - Garden Of Delete.
Like some kind of electronic music archaeologist, Daniel Lopatin A.K.A Oneohtrix Point Never explores various realms of style and retrieves a valuable killer song from each of them and ties them all together with an icy mechanical tone.
From the souring arpeggio synths of 'Ezra', the malfunctioning thrashing of 'I Bite Through It', the thick straight-up dance stomp of 'Sticky Drama', the dreamy tenderness of 'No Good' or the suspense driven 'Mutant Standard' there's seemingly something for every kind of electronic music fan and gateways to worlds they may be unfamiliar with.