Indie Scots Mark Sharp & The Bicycle Thieves recently dropped their latest single 'Moonshine' and it certainly shows why they've had sell-out live success already. We caught up with them to talk about their journey in music so far... 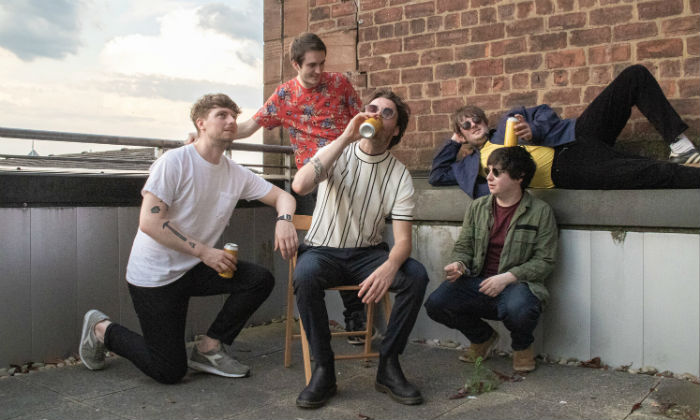 It's hard to describe our style to a specific genre because we like to mix a lot but ultimately we're an indie band that use different synth and percussive sounds to add depth and verity.

Everyday is a challenge in the music industry because you're constantly always trying to push yourself to write better and perform better and that can be a bit difficult because that sort of pressure can catch up with you mentally and it can be hard to find that motivation to be creative.

It can be very difficult and frustrating at times because there's so many great bands out there that are all trying to make a name for themselves but you've just got to commit and be true to your own music and hope that the listeners can relate to it in some way.

Yeah it's massively important, otherwise you're not being honest with yourself or the listener.

It just depends really because both can come from absolutely anything or anyone and it's usually something different every time for each lyric or each melody. The ideas can come from a piece of music I've heard or a conversation I've overheard or even just through sheer emotions from situations going on in my own life or others. It's to bullet point where it comes from to be honest.

To be honest I'd probably say Lewis Capaldi or The Snuts because everything Lewis touches turns to gold and The Snuts are flying high at the moment plus we're all really good mates so it would just be cool to do and I'm sure it would be a good laugh.

I can break an apple in half with my bare hands... I can do it with my human hands as well...

Just to keep making music for as long as physically possible and to still enjoy it because that's the most important thing really, isn't it?

Hopefully playing an even bigger headline show. Around this time last year we sold out The Garage(G2) in Glasgow and this year we play to a sold-out St Luke's crowd in the same city which is double the size so if the gigs keep growing and the people keep coming then I'm happy.

Well we've spent a lot of time in the studio recently, working on some new tunes. We recently released a new single called 'Moonshine' and we're hoping to have a couple more songs out before the end of the year.