Mahalia got a bus home to avoid a hefty Uber instead of spending more time in the studio with Kendrick Lamar. 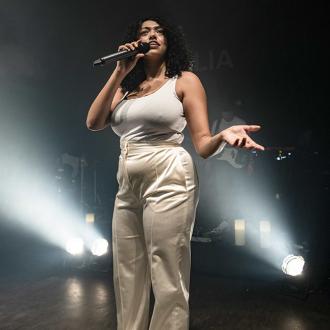 Mahalia regrets getting the bus home instead of spending more time with Kendrick Lamar.

The Neo-soul singer previously hit the studio with the hip-hop superstar but she has recalled how she was forced to abandon her first meeting with the 'Humble' rapper to avoid paying a hefty price for an Uber home.

Mahalia told the Daily Star newspaper's Wired column: ''At that time I would be travelling around with my guitar and a big bag as I was always moving around.

''I was frustrated as I genuinely had to get this bus home or I would have to pay quite a lot of money for a car or face a really long walk.

If the pair meet again, the British star says she has to apologise.

She added: ''If I do I'll have to remind him and tell him I am really sorry.''

Mahalia previously revealed that Kendrick - who has released songs with Taylor Swift, Beyonce and SZA to name a few - approved of a track her team sent over to him to see if he'd be up for collaborating on it with the BRITs Critics' Choice Award nominee.

Speaking last year, she said: ''I'm working on my debut album which is amazing.

''My publisher sent a song of mine to Kendrick, which is supposed to be a secret but it's not any more!

''He really liked it, well that's what he said, which is incredible.''

The 'Do Not Disturb' singer had also been communicating with 'Young Dumb & Broke' hitmaker Khalid, who also turned out to be a huge fan of her music.

She said: ''He texted me recently saying: 'I am blasting your song 'No Reply'.''

Mahalia released her debut album, 'Love & Compromise', last year, and while there was no sign of Kendrick, she did team up with Burna Boy, Ella Mai and Terrace Martin.

Meanwhile, the 22-year-old star has just released the EP, 'Isolation Tapes', during lockdown whilst isolating with her boyfriend, and has vowed to keep him out of the spotlight.

She said: ''I have always been drawn to really normal guys.

''I don't mean that in any negative way at all, just guys on the ground who live normal lives, and want to talk about normal things, and get excited when I talk about my music.''