Madison Beer has followed up her debut album with the release of the powerful ballad, 'Reckless'. 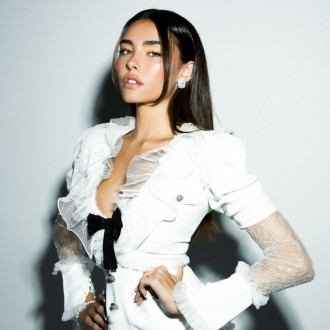 The 22-year-old star penned her latest song about those people who "hurt" others and have "control over their partner's feelings" without "any guilt".

Speaking of the inspiration behind the track, she said: “’Reckless’ was written about how easy it is for some people in relationships to hurt others and move on without any guilt.

“People have so much power over their partner’s feelings, yet many still choose to treat each other carelessly. I believe there is a balance to putting ourselves and our feelings first, while knowing we have the responsibility of treating people with respect, kindness, and consideration. It’s so important to find that balance in every relationship and knowing when to move on if you can't.”

Meanwhile, the singer recently admitted she had to “fall back in love” with herself after being subjected to intense public scrutiny.

Madison lost touch of who she was in recent years because she spent too much time focusing on “proving” herself to her critics, but she is learning self-love again.

She said: "For a long time, I have been at war with myself. So much of who I am is grounded in paradox. I used to think love was a type of self-sacrifice. That I had to offer up a part of myself, to edit, and mould, and shift myself, to fit a certain ideal.

“I have had times where I gave up so much of myself to others that it felt like I could not recognise myself in the mirror. Sometimes, I feel that I am being seen for all the wrong things and that I have fallen into a cycle of having to prove myself over and over again.”

Madison says learning to love herself meant getting back in touch with her “values” and the things she “enjoys”, as well as ensuring she always stays “genuine”.

She added: "Falling back in love with myself meant remembering what I value, by relearning the things that I enjoy, and by speaking and acting in a way that feels genuine to me. I learned to trust my intuition. My music shifted once I realised that all the parts of myself that I have been taught to censor my entire life were what was missing in my heart."