Luca Guadagnino is to direct a remake of 'Scarface' - the iconic gangster movie which starred Al Pacino as drug kingpin Tony Montana. 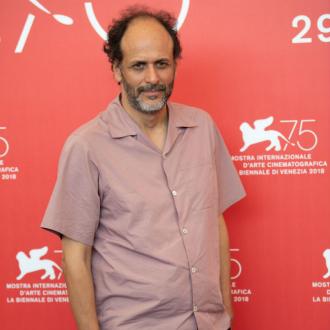 Luca Guadagnino is to direct a reboot of 'Scarface'.

The 48-year-old filmmaker is to helm a new version of the iconic crime film, which has been penned by the Coen brothers.

The movie will be third adaptation of 'Scarface' on the big screen.

The first version hit the cinema in 1932 and was famously remade in 1983 with Al Pacino starring as Miami-based Cuban drug lord Tony Montana and Michelle Pfeiffer.

The new movie will be set in Los Angeles but will follow the core story of an immigrant rising to the top of a criminal empire.

'Scarface' will be produced by Dylan Clark for his Dylan Clark Productions banner, with Jay Polidoro and Lexi Barta overseeing the project for Universal Studios.

Pfeiffer played the role of cocaine addict Elvira Hancock - who goes on to marry Tony - in the 1983 film and previously explained how she lived on ''tomato soup'' and cigarettes during filming to maintain her character's gaunt appearance.

The 62-year-old actress said: ''Well, OK. I don't know, but I was playing a cocaine addict, so that was part of the physicality of the part, which you have to consider. The movie was only supposed to be, what? A three-month, four-month [shoot]? Of course, I tried to time it so that as the movie went on, I became thinner and thinner and more emaciated.''

Michelle admitted that production took longer than planned, which left the crew concerned about how thin she was getting.