Lizzie Jagger is worried about what she'll do when her lipstick runs out - because she currently uses a discontinued colour from the 1980s. 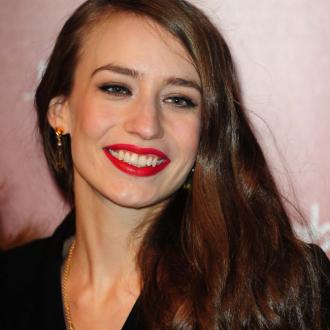 The brunette model - who is the daughter of supermodel Jerry Hall and Rolling Stones rocker Sir Mick Jagger - is worried about maintaining her signature look when she finally runs out of the vintage make-up.

She said: ''I use a Paloma Picasso red lipstick from the 80s that I found in my mum's make-up drawer.

Lizzie also admitted her upbringing hanging out at Rolling Stones concerts has influenced her personal style, though she often has to remind herself to ''tone down'' her look.

She explained in an interview with LOOK magazine: ''I got used to wearing all black so I could watch [my dad] from the wings at shows without being seen.

''When we went out afterwards, we'd go the complete opposite - wearing fancy stage clothes and sparkle felt normal. Now, when I dress up in my dad's old rock 'n' roll clothes, I think to myself, 'Tone it down Lizzie, you're not on tour.' ''