Little Simz was named the winner of the Pioneer Award at the 2020 AIM Independent Music Awards on Wednesday (12.08.20). 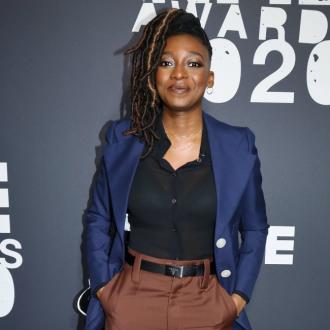 Little Simz was named the winner of the Pioneer Award at the 2020 AIM Independent Music Awards on Wednesday (12.08.20).

The annual awards ceremony - which honours independent and unsigned talent in the UK - took place virtually for the first time on Wednesday, as the coronavirus pandemic prevented the bash from being hosted at London's iconic Roundhouse venue, as had originally been planned.

Despite the setbacks caused by the virus, the awards ceremony pushed on, with rapper and actress Little Simz taking home the Pioneer Award, as well as giving two stunning live performances.

Speaking about her win, Simz noted her journey has been ''the stairs and not the escalators'', and described herself as a ''one woman army''.

Elsewhere in the evening, FKA Twigs was awarded the accolade for Best [Difficult] Second Album for her record 'Magdalene', whilst heavy metal band Five Finger Death Punch were the recipients of Best Live Act.

AJ Tracey was named the winner of the Innovator Award, with Vince Clarke taking home the Special Recognition Award, and Tony Allen posthumously receiving the gong for Outstanding Contribution to Music.

For the second year in a row, Freya Ridings found herself the winner of the PPL Award for Most Played New Independent Artists, whilst all eyes will be on newcomer Arlo Parks after she was named the One To Watch.

The full list of winners at the 2020 AIM Independent Music Awards: