Little Mix 'to perform at Knebworth House for ad campaign'

Little Mix are to perform at iconic music venue Knebworth House this week - as part of an advertising campaign for price comparison website Compare The Market. 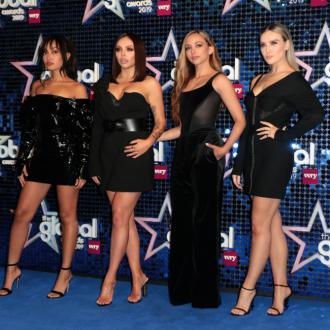 Little Mix are to play a show at Knebworth House, as part of an advertising campaign.

The girl group - made up of Perrie Edwards, Jade Thirlwall, Leigh-Anne Pinnock, and Jesy Nelson - are to perform at the iconic venue later this week for price comparison website Compare The Market, and it is thought the event could potentially be live-streamed.

A source close to the group said: ''It's all go, go, go and they're just figuring out the final details of how everything will pan out.

''The plan is for them to perform there later this week. There are discussions about whether it could be live-streamed or be the basis of a TV ad.''

The show will mark the first time the 'Break Up Song' stars - who released new single 'Holiday' last week - have performed since the coronavirus lockdown.

The source added to The Sun newspaper's Bizarre column: ''Whatever happens, the website is just chuffed to have signed up such big stars for the campaign because they know Little Mix's loyal fans will be thrilled to see them finally performing again, for the first time since lockdown started.''

This comes just three months after Compare the Meerkat joined forces with Take That for a live-streamed show, which featured Robbie Williams back in the band.

Several huge concerts have been held at Knebworth House over the years, including Oasis playing to a staggering 250,000 people over two shows in August 1996.