Little Mix star Jade Thirwall has insisted the 'Power' hitmakers are going nowhere anytime soon as they love being in the band. 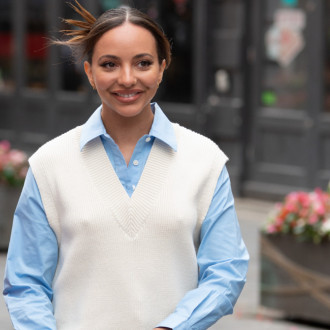 Jade Thirlwall says Little Mix are still "loving every minute" of being in the band.

The chart-topping girl group have been through some major changes in recent months, with former member Jesy Nelson, 30, quitting in December, and Perrie Edwards and Leigh-Anne Pinnock giving birth to their first children last month.

And after recently celebrating their 10th anniversary with the announcement of their upcoming LP, 'Between Us' - which will include their greatest hits and five brand new songs - Jade has insisted the 'Sweet Melody' hitmakers are going nowhere anytime soon.

According to the Daily Star newspaper's Wired column, the 28-year-old singer said: "We've managed to evolve over the years and adapt to the industry changes.

"I think that's been one of our strong points; still being Little Mix and still having that fun and empowering sound but we've changed with each era and we've stood the test of time.

"Even now, we still message each other and we're like: 'Wow, people are still really into Little Mix!'

"We don't take that for granted, I'm still loving every minute of it."

And Jade has been busy doing promo on behalf of her bandmates, but she is more than "happy" to do so, as Perrie and Leigh-Anne "grafted" so hard right up until the arrival of their children.

She said: "They're like babies to me so the fact that they're having babies - it's a lot for me to comprehend, it's very strange for me because they're on maternity leave at the minute and I'm womanning the fort!

"It feels weird doing it all on my own for a bit, I'm very happy to do it for the girls because they've worked so hard, God bless them, all the way to the end of their pregnancies. We were shooting music videos, doing promo, they've definitely grafted."