Little Mix feel 'pressure' to stay 'at the top'

Little Mix star Jade Thirlwall has admitted she and her bandmates feel a lot of pressure to main at the top of their game. 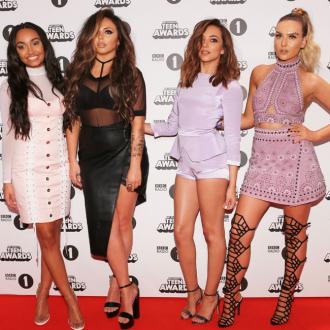 Jade Thirlwall has admitted Little Mix feel a lot of ''pressure'' to stay ''at the top''.

The 'Black Magic' hitmakers - which also includes Perrie Edwards, Jesy Nelson and Leigh-Anne Pinnock - know that every album they make will be compared to their previous efforts so have to work hard to make sure they're constantly bettering themselves.

Jade said: ''There's a lot of pressure, and every time you do an album you've got to top the last one.

''It's hard because when you're at the top, you've got to stay there.''

The quartet often have ''awkward'' days where they're unable to come up with any lyrics.

She said: ''There's probably more of that than good days.

''You always know because I'll go, 'What time is our taxi?' You don't want to upset anyone so it's really awkward, but it's even more awkward sitting in a room with people all day and you can't write a song!''

The group parted ways with Simon Cowell and his record label Syco almost two years ago and though Jade, 27, thinks the change was ''necessary'', she admitted it was one of the most difficult periods of their career.

She said: ''Our label switch-over was quite dramatic. [It] was probably one of the hardest parts of our career, but it was necessary.

''It came at a bad time, as we were releasing new music.

''We were so close to the people that were there with us every day.''

The 'Shout Out to My Ex' hitmakers are grateful to always have one another for support and if one of them decided to leave the band, it would be over for them all.

Jade said: ''We've got each other.

''We're very understanding when one of us is going through something...

''It's all or nothing with us. We are sisters so if one of us left, that would be it!''