A look at how music can motivate us to work-out harder.

Sport and music are among the most passionate activities of mankind. But what happens when these two worlds merge? Many songs are about sports or celebrate the champions of different sports, through notes and lyrics.

For example, in Australia, there are several sports songs written specifically about Australian sport, athletes and events. One of the most popular songs is Down Under by Men at Work which has become the triumph song in stadiums, at the end of many Australian victories. When the Australian government allowed legal Australian betting, many of these sports songs were also used in television advertisements. The Study of an Instrument Increases Logical Thinking

Playing an instrument means involving the whole human being into an act of wanting. This strongly involves the feeling and artistic flair in performing the musical idea through thinking and imagining through to performing.

Learning music can have beneficial effects on brain activity, even in the long run, which helps us to react faster. Those who play an instrument have better problem-solving skills and are better at analytical reasoning. The notes also have positive effects on the ability to read text and teach us to hold our concentration longer. Finally, from a physical point of view, playing an instrument allows us to improve coordination and motor skills.

Scientific research has identified three critical points in which music can influence performance, both in training and while competing:

Separation: Music promotes a positive state of mind by increasing the feelings of vigour and happiness. It mitigates negativity like tension, depression and fear.

Synchronisation: Research has shown how the synchronisation of music in its rhythmic elements (beats and tempo), associated with repetitive movements over time. Therefore, sports such as running, cycling, rowing or cross-country, enjoy an improvement in performance.

Control of excitement: Music alters psychological and emotional excitement and therefore can be used before training or competing, as a stimulant or relaxant.

According to scientists at Brunel University in London, music and sport have many benefits while training. Most importantly, music can help us feel less fatigued. The scientists found that listening to Marvin Gaye's song "I Heard it through the Grapevine" whilst training, resulted in the stimuli of a certain part of the brain to disassociate with fatigue. Participants also reported feeling that the workouts were shorter and more stimulating, whilst listening to the 11-minute song. 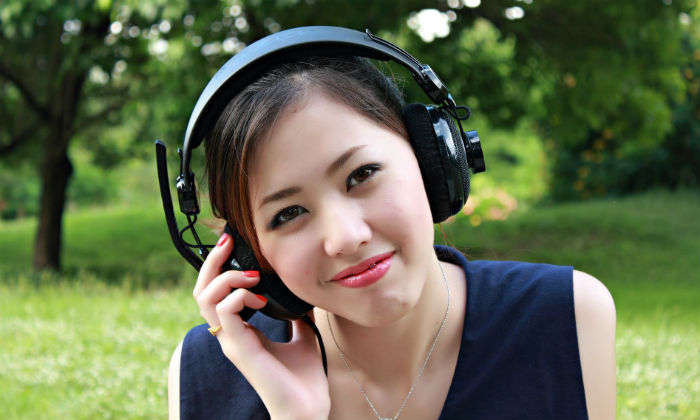 Because people feel less tired thanks to music, they can train for longer with increased health benefits. Marcelo Bigliassi, one of the researchers in the study above says, "Music is very powerful and can be used to mitigate negative bodily sensations that usually occur during exercise. The stimulating role of music can be crucial in the most critical periods of training, like when you are a bit bored. Motivation decreases, and it is easier to give up. For example, some people experience more difficulty than others while exercising, because they have health problems, such as diabetes or obesity. Music will help them."

Listen to More of the Right Music in the Gym

Music should be chosen carefully. As explained in the book "Inside Sport Psychology" by professor Costas I. Karageorghis, there are differences between music genres. For example, pop and rock - with certain rhythms, increase physical endurance in sports training and give a greater boost during intense workouts, thus helping to fight fatigue. A test was done on a sample of thirty volunteers, who had to run on a treadmill to the rhythm of the music, with different genres chosen by the researchers. There was Queen, Red Hot Chili Peppers, Madonna and other artists. The athletes acquired a 15% increased resistance to fatigue, in some cases even 20%. They ran more, tolerated fatigue better and had an increased feeling of well-being. The ideal songs for moderate to intense training are those that have 120 to 140 beats per minute, while slower rhythms are naturally more suited to stretching and winding down.