Lindsey Stirling has admitted she was in disbelief when John Legend asked to collaborate with her on another version of his hit 'All of Me'. 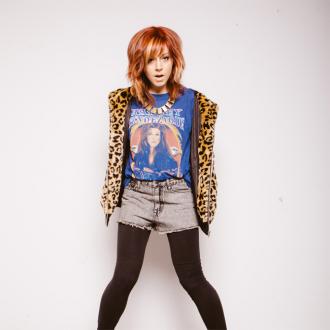 Lindsey Stirling had her ''mind blown'' by John Legend.

The classically-trained violinist - who shot to fame on 'America's Got Talent' - has admitted she couldn't quite believe it when she found out the musical superstar wanted to work with her on a new version of his hit 'All Of Me'.

She exclusively told BANG showbiz: ''John is an incredible artist and such an amazing writer it was pretty mind-blowing when he reached out and asked to do a different version of 'All of Me'. That was pretty awesome.''

As well as teaming up with John, the 28-year-old star has gone on to work with Jessie J on the brunette beauty's track 'Loud' from her latest album 'Sweet Talker', and Lindsey admits it was a surreal experience being able to collaborate with the star.

She added: ''I love Jessie J, unfortunately she was in London and I was in LA so we couldn't actually meet but I worked with her producer.

''It was really cool because I've always loved Jessie J she's one of my favourite live performers so it was so cool to be able to record her album.''

Lindsey is also set to go on tour with Italian tenor Andrea Bocelli, and she is ''so excited'' about hitting the road with the 56-year-old star.

She said: ''We haven't worked with him yet but we meet him right before we go on tour, I've been learning the music on my own but I'm so excited.

''His camp reached out and invited me to do it and it turned out it was perfect timing with my tour.''

Lindsey Stirling continues the UK and Ireland Tour 2014 tour with Andrea at the following venues: