Lily-Rose Depp is the new face of Chanel and has shared the images from the new eyewear collection. 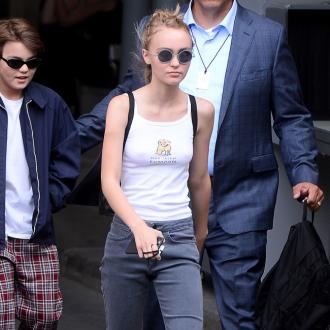 Lily-Rose Depp is the new face of Chanel.

The 16-year-old model - who is one of 'Pirates of the Caribbean' actor Johnny Depp's two children with ex-partner Vanessa Paradis - appeared in the promotional video for the luxury brand's new eyewear range wearing a pair of pearl-studded sunglasses and sporting a dark red lip.

The label's fashion designer, Karl Largerfield said: ''[Lily-Rose is a] baby doll in a world imbued with sweetness and femininity. Lily-Rose is ravishing, she is a girl from the new generation with star qualities.''

It's no surprise Lily has a good relationship with Karl as her mother Vanessa has been an ambassador for the brand since the early 90s.

However, her father has been criticised for allowing his teenage daughter to ''pose seductively'' for the luxury brand.

Child psychologist Dr. Michelle Elliott told MailOnline: ''Sixteen-year-olds are not mentally, emotionally or intellectually able to cope with the pressures that these modelling situations place them in. I would not allow my daughter to become a model at that age.

''I don't think children are ready to take on the pressures at that age. Research shows that even 16-year-olds who think they are grown up find it difficult to handle pressures of grown ups.

Lily-Rose is certainly not the first model to kick off her career at such a young age, however, as supermodel Kate Moss was famously discovered by an agent when she was just 14 years old.

Chanel's latest eyewear collection will be available in September.