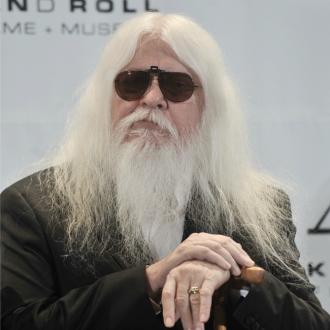 Leon Russell has died at the age of 74.

The 'Tight Rope' hitmaker - whose real name is Claude Russell Bridges - sadly passed away at his home in Nashville, Tennessee on Sunday (13.11.16).

Leon's wife, Jan Bridges, said in a statement: ''We thank everyone for their thoughts and prayers during this very, very difficult time. My husband passed in his sleep in our Nashville home. He was recovering from heart surgery in July and looked forward to getting back on the road in January. We appreciate everyone's love and support.''

The rocker's cause of death is not yet known but it's believed he had been recovering from extensive heart surgery.

Leon - who was known as the ''Master of Space and Time'' - had been in the music industry for more than 50 years, where he was known for his performances of piano rock, blues, and country.

He was also a prolific songwriter, and had a hand in writing rock hits such as Joe Cocker's 'Delta Lady', and lending his musical talents to Beach Boys' 'California Girls'.

In 2011, Leon was inducted into both the Rock and Roll Hall of Fame and the Songwriters Hall of Fame for his outstanding contributions to both fields.

Sir Elton John, who worked with the star on the 2010 album 'The Union', took to his Twitter account shortly after the news of Leon's death began to spread.

He wrote: ''My darling Leon Russell passed away last night. He was a mentor, inspiration & so kind to me. I loved him and always will #LeonRussell #RIP (sic)''

And Whoopi Goldberg called him an ''amazing musician.''

She wrote: ''The magnificent Leon Russell amazing musician, true superstar ''Long ago and so far away,I fell in love with you..After the 2nd show'' R.I.P (sic)''