Leigh-Anne Pinnock: I feel like the least favourite in Little Mix because I'm black

Leigh-Anne Pinnock has ''always felt'' like the ''least favoured'' in Little Mix because of her skin colour. 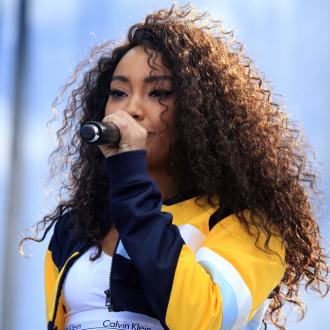 Leigh-Anne Pinnock has ''always felt'' like the ''least favoured'' in Little Mix because of her skin colour.

The 'Secret Love Song' hitmaker admits she always feels ''anxious'' before fan events and shows because she worries that her bandmates - Jade Thirlwall, Jesy Nelson and Perrie Edwards - are more popular amongst their supporters.

She said: ''My reality is feeling anxious before fan events and signings because I always feel like I'm the least favoured. My reality is constantly feeling like I have to work ten times harder and longer to make my case in the group, because my talent alone isn't enough. My reality is all the times I felt invisible within my group. Part of me is fully aware that my experience would have been ever harder to deal with had I been dark-skinned. Our reality is no matter how far you think you've come, racism exists. So let's all continue to speak up on racism and keep this movement going. Thank you.''

Leigh-Anne remembered the time she was told by a director nine years ago that she would have to work ''ten times harder'' because of the colour of her skin, and she admits the statement knocked her for six.

In the emotional video, she added: ''There comes a point in every black human's life ... you realise racism does not exclude you. Nine years ago, after joining Little Mix, I had the biggest awakening of my life. When we were filming 'Wings', we worked with Frank Gatson. He said to me, 'You are the black girl, you have to work ten times harder.' Never in my life had someone told me I would need to work harder because of my race. My reality was feeling lonely while touring predominantly white countries. I sang to fans who don't see me or hear me or cheer me on.''