Lauren Jauregui has slammed fans who are constantly demanding new music from artists. 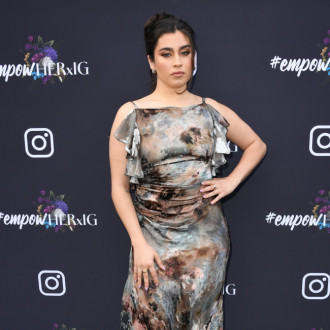 Lauren Jauregui has hit out at fans who repeatedly ask when her new music is coming out.

The former Fifth Harmony band member has told her 4.2 million followers that they need to be patient with artists because the wait for new material is more often than not down to the "many intricacies" of their art and stuff going on "behind the scenes" that is out of their control.

The 24-year-old singer is preparing for the release of her debut solo album this year, and fumed that she's "not going to f*** it up for anyone's timeline".

She tweeted: "You will get answers when I have them for you, until then, please stop thinking the reason y’all don’t get music is because of us. There are so many intricacies and things going on behind the scenes you’ll never know, understand, or experience. I’m not a product, I’m an artist ... I can’t help if I’m promised things that aren’t delivered and I also am not going to f*** up this actual release for anyone’s timeline. I’m on God’s time & my own time and I know it’ll be beyond worth it. (sic)"

Lauren's most recent release was last year's ‘50ft.’, which came hot off the heels of her Spanish single, 'Lento'.

The 'Invisible Chains' singer launched a new chapter in her solo career with the uplifting track, which translates to 'Slowly', and said she hoped it could offer some light relief in these uncertain times amid the Covid-19 pandemic, as her aim was to get people up dancing and feeling "joy".

She said at the time: "I had planned to give you this first taste of what's coming for some time.

"There was truly no way any of us could have prepared for what is happening right now, so I hope you receive 'Lento' with as much grace and love as is intended.

"I hope dancing to it helps your spirit feel joy, as you spend time with your loved ones and continue to cultivate love in the face of fear and uncertainty."

The pop star previously featured on Steve Aoki's single, 'All Night', and released 'Expectations' as her first solo release back in 2018, as well as the track 'More Than That'.