Lashana Lynch: I joined Bond to do massive stunts

Lashana Lynch has revealed that the prospect of performing "massive stunts" was a key reason for her joining the cast of the 'James Bond' flick 'No Time To Die'. 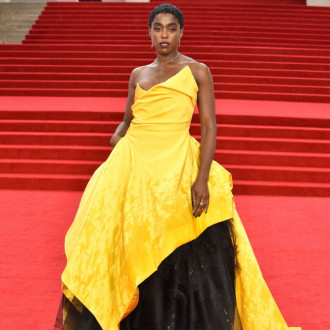 Lashana Lynch was desperate to do "massive stunts" in 'No Time To Die'.

The 33-year-old actress plays 00 agent Nomi in the new 'James Bond' movie and admits that she really wanted to feel "strong and powerful" by getting her teeth into action scenes.

Asked about her wishes from the Bond movie, Lashana told ComicBook.com: "There's two things. I really wanted to create a really realistic character who was fun and ambitious and witty and all of these things.

"But I really just wanted to do massive stunts, if I'm being honest. I just wanted to kick people in the face and handle weapons and roll on the ground and get dirty and wear combat trousers and big boots and feel really strong. I wanted to feel strong and powerful, internally and externally and, thankfully, I got to do that."

Lashana also revealed that she was grateful 007 bosses took her advice on board and deciding to make Nomi an agent who was questioning her abilities.

The 'Captain Marvel' star explained: "The nice thing about – from the audition onwards – was I could tell that they had a really good idea of Nomi, but that they were waiting for the person who they cast to collaborate with them, which is nice. And it doesn't always happen, actually.

"So for the filmmakers and producers to come together and decide that, 'Lashana has ideas and we're going to listen to her', is something that was really humbling, but also gave me a chance to just say, 'Okay, women's experiences, black people's experiences, the newcomer experiences, all of that can literally....' We can just put into this massive melting pot and make it all make sense."

Lashana continued: "That helped me establish this, not very clean-cut, not very slick, still figuring it out, questioning herself kind of agent who was able to do exquisite work."