Lambchop have announced their 15th studio album inspired by the killing of George Floyd, to be released in September 2022. 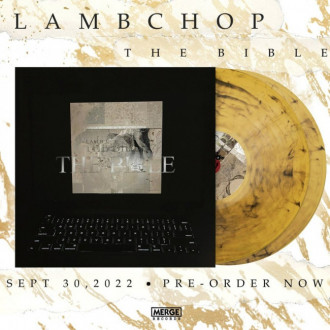 Lambchop have announced a new album.

The 1990s country band - who were originally known as Posterchild and currently consists of Kurt Wagner, James McNew, Andrew Broder, Ryan Olson, C.J. Camerieri and Tim Purnel - are set to release their 15th studio album 'The Bible' later this year, with a cover of 1920 song 'Police Dog Blues' to serve as the lead single inspired by the killing of George Floyd.

In a statement, songwriter and vocalist Kurt said: "During the unrest surrounding the horrific injustice in Minneapolis in 2020, I had been re-listening to a song by Blind Blake, ‘Police Dog Blues’. Of note, it was originally recorded in 1929, the year my father was born, and it seems John Peel played it on his show on Sept. 11, 1968. It was deceptively upbeat musically and not what I remembered at all. Then I remembered a police dog is a Shepherd.

The 'Everything for You' hitmaker then went on to explain the album's title and was keen to stress to fans that they do not "have to be religious" in order to enjoy the new record.

He said: "I had this idea that — I’m not a religious person but I do believe that there’s a spirituality to a lot of people and they’re not religious. You don’t have to be religious to be a spiritual person, right? You just don’t have to, there should be an acceptance or a way of recognising spirituality without it being overtly religious."

In a tweet, the band noted that the new album will be released as a CD, or as a "merge yellow and black marble vinyl" and will also be available to stream through Merge Records.

'The Bible' is due for release on September 30.

Listen to the new single and pre-order the album at https://lambchop.lnk.to/policedogblues