KSI and his manager, Mams Taylor, have announced their new record label, The Online Takeover, and unveiled their first signee. 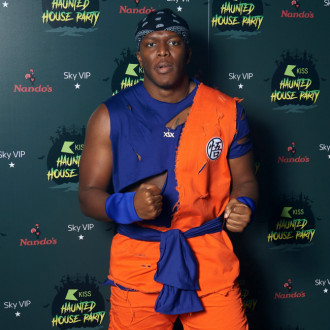 KSI has launched his own record label, The Online Takeover.

The 27-year-old rapper-and-boxer has teamed up with his manager, Mams Taylor, on the new firm and announced their first signee is 19-year-old Aiyana-Lee - a relation of late Temptations star David Ruffin and 'What Becomes of the Brokenhearted' hitmaker Jimmy Ruffin.

KSI said in a statement: “TOT. The online takeover. Ya boy has created his own music label. Looking at my résumé, I’ve always been about making sure the people around me are eating good. So, I am proud to announce that Aiyana Lee is the first of the TOT gang and will be returning with another banger very soon.”

She commented: “Being the first artist on KSI’s label is so incredible and exciting, especially when he’s such a down to earth human being and inspiration to so many people including myself. Getting to work with someone like that, after years of also being a fan, is so much fun and extremely creative. I’ve been making music I’ve always wanted to make and exploring the inner depths of my sound. The new single on The Online Takeover is going to really showcase what I want to say through my music and set the tone for what I’m about artistically.

We’ve crafted a world sonically, a place for me to really have the space to be able to sing and say what I’m feeling. I think this brings a new chapter for all of us and it’s a journey I’m extremely excited to be embarking on!”

The ‘Really Love’ hitmaker launching his own label comes after the Sidemen co-founder recently hinted he may take a break or quit music and YouTube when he settles down and starts a family.

He said: "There isn't really an end goal, I don't know how long I will be in the music industry or doing the whole YouTube thing.

"When I want to settle down and have a kid and a family, I want to make sure I put all my focus on them. I have always wanted a family.

"It's so weird and scary as so much has happened in the past five years of my life, so I don't know what's going to happen.”

However, the ‘Don’t Play’ star has vowed to live it up before he steps back.

He added: “I want to enjoy everything before I calm down.”