Kristen Stewart is not concerned with how big a film is going to be when she signs up to it and is more worried about how it ''affects'' her rather than other people. 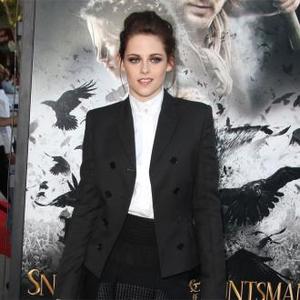 Kristen Stewart never thinks about how successful her movies are going to be when she signs up.

The 22-year-old actress - who has starred in one of the best-received movie franchises of all time as Bella Swan in the 'Twilight Saga' - no longer thinks about how her films affect people because she has to decide if she likes them first of all.

She said: ''I couldn't imagine doing a project with the idea of how it's going to affect people. It really has to affect you first, and if it does, then maybe it will affect other people ... I think that people who don't have that are clearly choosing things to become famous actresses.

''They're clearly choosing things to make money. I mean, I love Los Angeles - I love living here. But I wish that we could make things without the need to hit a home run every single time.''

Kristen - who is dating her 'Twilight Saga' co-star Robert Pattinson - admits she feels very grateful to have experience so much success in her shirt career and she realises she is privileged to have worked with so many talented actors.

Kristen - who stars in new movie 'Snow White and the Huntsman' with Charlize Theron and Chris Hemsworth - said: ''I feel so extremely successful - and not just because I can greenlight a movie now. It's because I've really only worked with people that I truly love.

However, she admits she has not always had good experiences on-set.

She told Interview Magazine: ''I've only had bad experiences with one or two directors. I think it always boils down to people not being there for the right reasons, and not being there for the same reasons. It's a miracle when things come together. But sometimes it just doesn't happen - and when it doesn't happen, you still have to finish the movie.''