Kreayshawn Isn’t Out To ‘Dis’ Anyone On Somethin’ ‘Bout Kreay 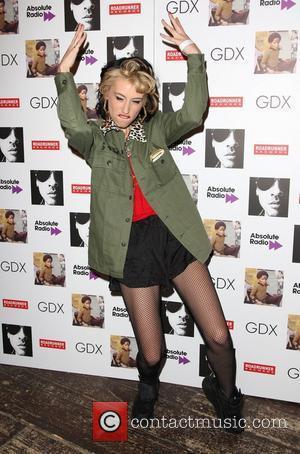 Kreayshawn has come out to confirm that her new album Somethin’ ‘Bout Kreay isn’t simply an album of put downs, but rather an assertion of her own, unique and eclectic style.

The rapper told MTV News, regarding those involved in her release, which came out yesterday (September 18th) that "It was a group of people who really understood how I am, so if I said, 'I want a crazy song that sounds like New Orleans booty bounce music or Chicago house,' he would know exactly what I meant." And responding to accusations that her lyrics were designed to insult fellow musicians, she had this to say: "The subjects fly around from nonsense to making too much sense and people might think I'm dissing people, but I'm not dissing anyone. It's just ... when I was in the head space of making the album I didn't wanna make an album that's like, 'This is me proving to everyone that I'm actually the best.' This is just me proving that I'm myself. This is the music that I like, and I'm gonna replicate the music that I like and put my own spin on it and put a little Bay Area in it."

From helping with the design of the album cover to getting involved with the music videos for some of the tracks, Kreayshawn has employed a hands-on style for her first full studio record, and it looks like the outspoken rapper is set for a controversial career in the music game.