Brad Pitt and Angelina Jolie's four-year-old son Knox Jolie-Pitt reportedly missed a boat trip during his family's festive holiday in the Caribbean because he is scared of water and didn't want to get out of the box he was in. 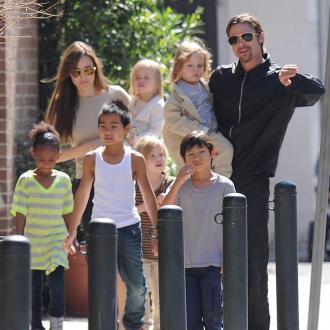 Knox Jolie-Pitt missed a boat trip his parents had organised because he refused to get out of a box.

The four-year-old son of Brad Pitt and Angelina Jolie reportedly didn't want to leave his safe enclosure to go on the excursion during his family's festive vacation to the Turks and Caicos Islands in the Caribbean because he is scared of water, according to the Hollywood actor's niece Josie Neal.

The Sun newspaper reports she took to Twitter to detail her memorable moments from their Christmas holiday, which included Brad and Angelina's nine-year-old son Pax revealing he doesn't believe in Santa Claus.

But Pax's sister Shiloh, six, appeared to be getting involved in the Christmas spirit as she enjoyed a boys' treasure hunt during their festive holiday even though it was originally billed as ''bro fun''.

More than 22 members of Brad and Angelina's family were on the trip including their six children - Maddox, 11, Pax, Zahara, seven, Shiloh, six, and four-year-old twins Knox and Vivienne - and the 'World War Z' star's parents Jane and Bill Pitt.

The engaged couple and their family were all staying at the home of fashion designer Donna Karan in the exclusive Parrot Cay area of the idyllic island, and they were also allegedly joined on the trip by a team of 12 nannies to help them care for the kids.