Listen to their song 'She Takes You Under' now.

Earlier this year dreamy-pop four-piece Kidsmoke dropped their new single She Takes You Under through Big Indie Records, and now they're set to play at their label's Big Nights event in London this month. We caught up with them to discuss their burgeoning success... 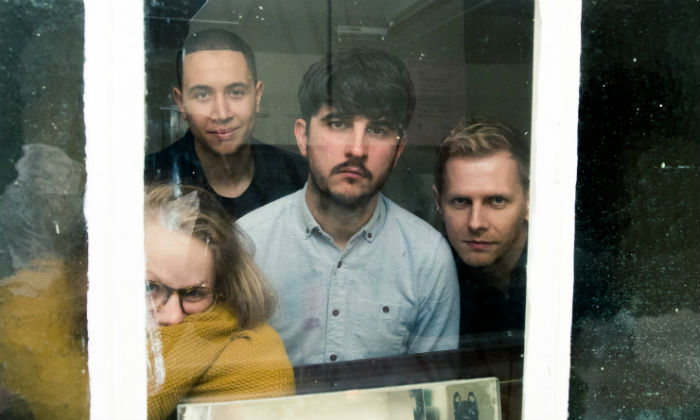 I think one of the best descriptions we've heard is 'upliftingly melancholic' - which doesn't make a huge amount of sense, but somehow does fit quite nicely. We've definitely got a dreamy indie-pop sound, but balanced with darker, more moody influences.

It's certainly not easy, the industry isn't in the same place as it was even a few years ago, but we believe in what we do and we have loads of fun doing it. We're just putting the finishing touches on our debut album at the moment, which we've done pretty much independently, so it goes to show that if you want it to happen you've can make it happen. Also, being part of Kidsmoke has meant that we've been to places and met people we never would have otherwise, so it's worth the hard work for that alone.

It's the most important thing. We wouldn't do it otherwise.

We draw our inspiration from all sorts of things really. We each have a broad and varied taste in music, so we're constantly recommending new stuff to eachother and pulling in ideas from different things we've heard or bands we've been to watch. One of the benefits of being in a band and playing a lot of shows is getting watch a lot of amazing bands for free.

We're all vegetarian, not sure how funny that is really but it is true.

We're playing a special showcase for Big Indie's Big Nights in London on 12th June, which we're really excited for as we are releasing She Takes You Under in conjunction with them. We'll be doing a bunch of gigs over the summer and finalising the release details for our debut album. We're so excited to release the album, it's been hard work but we've had some great support along the way (thanks PRS Foundation, FOCUS Wales and Horizons Cymru) and we can't wait to share it with everyone.