Khalid knew his song 'Shot Down' was a success when it made one of his friends cry. 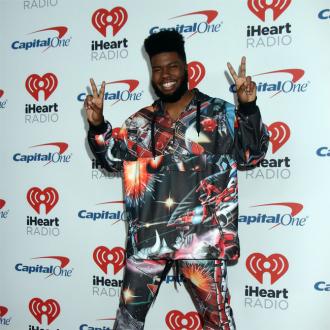 Khalid's friend cried over a box of doughnuts when he played him 'Shot Down'.

The 19-year-old singer/songwriter wanted the track to be something that allowed listeners to let out all of their emotions and was delighted at the response he got when he took some of his close friends to Beacon Hill Recording Studio in El Paso, Texas, while he worked on the track.

When Khalid walked out of the recording booth, all of his pals were in tears and he thought ''This might be the one''.

Later one of his pals was having problems with his girlfriend so asked Khalid to meet him at Krispy Kreme for a chat.

He then played his friend the song.

He added: ''In my sinister little mind, I'm like -- 'I hope this makes him cry' -- but the friend in me is like, 'I don't want him to be [crying]. But I'm listening to the more sinister side to me.

He asked his pal what he thought of the track and his friend said: ''Thank you for creating this song.''

And to the teenage musician, that meant the song was a success.