Kevin Spacey Has One Thing To Say To Hollywood: "F-ck Off"

The 54 year-old Academy-Award winner is very cautious of future projects because he doesn't want to "start showing up and doing the same thing over and over." 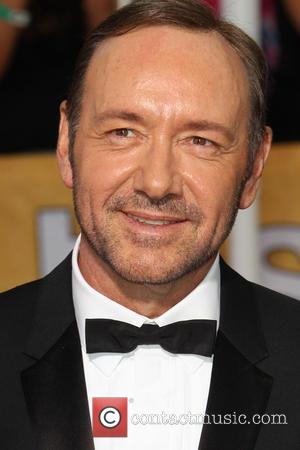 Kevin Spacey has had an illustrious career in the entertainment industry.

The 54 year-old has had several notable roles on the big-screen and won two Oscars for his roles in 'The Usual Suspects' (1995) and 'American Beauty' (1999), so it is safe to say he knows a few things about the movie business.

But since finding considerable success on the small-screen in the political drama 'House of Cards,' for which he has been nominated for several key awards, it doesn't look like he'll be returning to Hollywood anytime soon.

And even though Spacey has continually had success throughout his career, there is no telling what he will do next.

"People thought I was crazy 11 years ago when I moved to London and started a theater company," he explains. "What is he doing? He's out of his mind. People thought we were crazy when we made the Netflix deal for House of Cards. 'They're out of their minds, it'll never work.' I'm used to people thinking I'm nuts. And you know what? I kind of love it."

After becoming a household name in the movie industry of the world, the unpredictable star moved permanently to London, but this was a conscious effort not to get trapped into being typecast and starring in the same sort of movie over and over.

"I remember having lots of very serious conversations with my mother about where I was at this particular point and just going, 'What am I supposed to do now? Am I supposed to do what I watch a lot of other people do?' Which is, 'Hey, now I'm on the list, I'm going to be in all these movies and get paid all this money,'" Spacey explained. "It was absolutely unappealing to me to end up in a lot of movies I shouldn't do, to start showing up and doing the same thing over and over. I was already suffering from, 'He always plays evil guys.' 'He's always the dark character.' People love to box us in, and I wasn't going to be boxed. I decided I was going to f--k with it."

Watch Kevin Spacey greeting the paparazzi at the Letterman show: