Kelsea Ballerini wanted Halsey collaboration because they are 'real-life friends'

Kelsea Ballerini wanted to collaborate with Halsey because they are friends in real life and she wanted to work with someone that she was happy to spend time with. 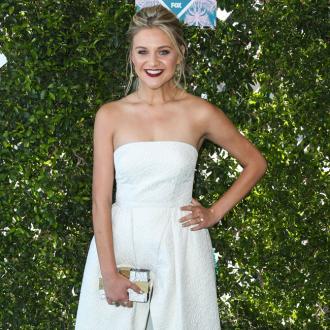 Kelsea Ballerini wanted to collaborate with Halsey because they are friends.

The duo worked together on the track 'The Other Girl' for Kelsea's latest album 'Kelsea' and the country music star admitted she only wanted to work with people she is ''real-life friends with''.

She told Billboard: ''I love the idea of a female collaboration. You don't see it so much.''

''I've never had a collaboration on an album before. I only wanted one if it was someone that I was real-life friends with, because you end up spending so much time with them, with the music video and the performances and the press and all that. I was like, 'I just want to do it with someone that I enjoy spending time with.'''

Kelsea, 26, previously revealed that she didn't want the song to be about women competing over a man.

She said: ''[Halsey] is the first person I've been like, 'Will you please be a part of something that I'm doing?' We're basically the same age, and have different but similar upbringings in life. So, to walk alongside each other is amazing.

''I think it's wonderful and beautiful to have two women who could easily be competitive turn it [on its head] and show people that you can both want all the things in the world and support each other to get there.''

And Halsey, 25, loves how the song advocates for female empowerment and friendship.

She explained: ''It was really cool, because [Ballerini] and I were both in really good places in our lives and drawing from old hurt. To sing a song, or perform a song live, that has evolved from what it could have meant to what it means now, is just the best thing ever.

''To be clear, this is a fictional event. But just us representing those two sides of women in the equation, being like, 'No, we're not gonna let misogyny turn us against each other, instead we're empowered.'''